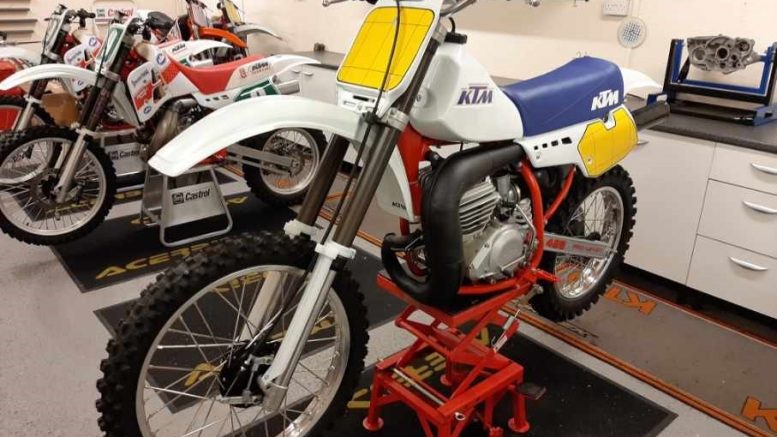 A READING mum says she ‘doesn’t feel safe’ after CCTV caught three thieves ransacking her home just metres from where her daughter sleeps.

Hayley Hallas’s family, who live in Riseley near Wellington Country Park, were robbed in the early hours of the morning one day last week when thieves stole three prized motocross bikes.

The bikes, which belonged to her step-father Adrian Williams and who lives next door at the same site, are said to be worth around £80,000.

Hayley told the Chronicle she realised her home had been robbed when she woke up and noticed a pair of bolt-cutters on the floor next to the container where the bikes were kept.

She immediately checked the CCTV footage, which shows three men wandering around her property just metres from her daughter’s bedroom before they obscured the direction of the camera.

Hayley said: “I hate it. I don’t feel safe at home. I’ve got a young daughter and they walked past her bedroom window.

“We have been informed by the police that they may come back, they might see what other things they’ve got.”

Her father had started collecting the bikes, which were used by motocross star Kees Van Der Ven, after meeting him in 1986.

Her stepfather’s loss felt like he had ‘lost a daughter’, Hayley told the Chronicle.

And for the family, the sentimental loss is greater than the financial loss.

Hayley added: “He’s bought them over time, and there is a massive sentimental value.

“I mean they are huge amounts of investment.

“My dad’s had blissful weekends, because he six, seven days a week sometimes, he takes occasional weekend off to go watch a [motorcross] scramble, you know, that’s what he you know he works all these hours for.”

Her stepfather has been searching the nearby area for the bikes day and night since they were stolen on Wednesday, April 14.

In addition to the three motocross bikes, a child’s bike was taken, too.

The family is offering a £5,000 reward for the bikes’ return.

A Hampshire police spokesperson said: “We are investigating a report of a burglary at an address in Mill Lane, Riseley.

“The incident occurred around 3am on Wednesday morning, when three men were seen arriving at the address in a vehicle and entering an outbuilding.

“Each of the men had their faces covered.

“During the incident, three motocross bikes were stolen from the property.