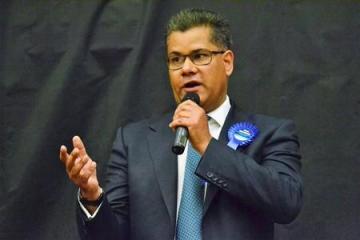 READING MP Alok Sharma has outraged workers in the struggling events sector after he suggested that the government could help some of them get “better jobs”.

The business secretary made the comments in Parliament this week, when Edward Miliband accused the government of leaving those workers “out in the cold” after their businesses were “shut down” by coronavirus restrictions.

“This department does stand up for businesses and we have very regular dialogue with sectors on an ongoing basis,” said Mr Sharma.

“We’re not going to be able to protect every single job, very, very sadly.

“But that is why we are providing extra support in the welfare system, but also really importantly, with skills, apprenticeships and the Kickstart Scheme for young people.

“This is so we can help people into better jobs.”

The comments upset people working in the events industry, but Mr Sharma insists he was talking about helping young people find jobs.

She said: “It’s insulting in the extreme to suggest that people who had perfectly viable businesses before this pandemic – and will have afterwards – are now not viable and what we need to do is turn to the welfare state or get a better job.

“I can go and train to be a bricklayer, but is that a better job than the job I’ve been doing for 20 years?

“It has incensed everybody in the sectors that can’t work.

“We only can’t work because we’re not allowed to work, not because there’s no demand.

“I have hundreds and hundreds of couples who are waiting to go ahead with their wedding plans but can’t.”

She added: “My employees don’t need to get a better job, they’ve got a job that they’re trained for and a job they like to do.

“But they’re just not able to do it at the moment.”

She added: “His comments were insulting and flippant and best.

“Our sector, which is worth £14.7 billion annually, provides employment in every corner of the country.

“It was viable and robust until the very moment we were told to close.

“We have clients who want to get married the moment the government get their act together and work with the sector to safely and incrementally increase numbers.

“So telling us that we should get better jobs or turn to welfare is absolutely ridiculous.”

Earlier this month, the government cut the number of people allowed to attend wedding ceremonies and sit-down receptions from 30 to 15.

Gatherings of more than six people have also been banned, meaning no large events can go ahead.

In response to the claims, Mr Sharma said: “The government has taken unprecedented steps to protect millions of jobs and businesses across the country during this deeply difficult time.

“Although the scale of the challenge we face as a country means it is not possible to save every job or every business, we are doing all we can to create new jobs and new opportunities for young people which will allow our economy to move forward.

“Through major new investment in apprenticeships, traineeships and our Kickstart Scheme, which provides high-quality, fully-funded jobs for unemployed young people, we want to give everyone the opportunity of a fresh start as we build back better from the pandemic.”