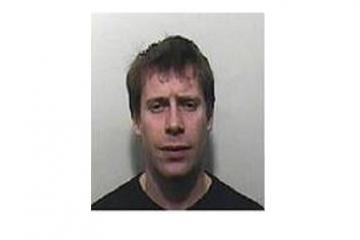 POLICE are making a renewed appeal to trace a man who has been wanted since 2007.

Stephen Walker, 45, of no fixed abode, is wanted for failing to appear at Reading Crown Court for a sentencing hearing in April 2007.

Walker was sentenced to 17 years’ imprisonment for conspiracy to supply class A drugs and possession of firearms, despite his absence.

He is white, around 6ft 2ins tall and has brown eyes. Walker has a scar on the right hand side of his upper lip and another on the inside of his left elbow.

Walker is known to have strong links in Berkshire, and the Wandsworth and Croydon areas of London, and may have assumed a new identity.

He also has family links in Norway and possibly Spain.

Superintendent Katy Barrow-Grint, said: “Following a review of this investigation, we are issuing this re-appeal for the public’s help to locate Stephen Walker, in the hope that we can find him.

“He remains wanted after failing to appear at court in 2007, and despite being sentenced in his absence he is still at large.

“If anyone believes they recognise Walker, or has any information as to his whereabouts, then please get in touch with Thames Valley Police. Walker may have assumed a new identity since his disappearance.

“We do not believe that he poses a danger to the wider public, however if you see him please call Thames Valley Police on 101, and quote reference number 43180042278.

“Alternatively, reports can be made to police online here, or you can contact independent charity Crimestoppers for 100 per cent anonymity.”