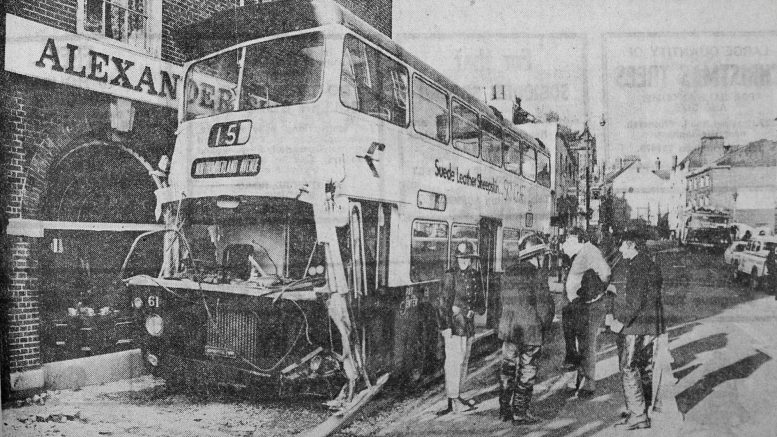 READING’S cattle market was filled with very different kind of stock in 1976, when it held their first auction of vintage and other classic motor vehicles.

The cars on offer ranged from de-luxe sports coupes, to motorised horse boxes and fire engines, with buyers paying anything from £100 to £1,000.

After winning a talent competition at a Butlins holiday camp 44 years ago, 11-year-old Fiona Hill was off to the finals at the London Palladium.

The young singer was hoping her comedy skills would tip the balance with judges and she told the Chronicle: “I enjoy making people laugh because that is what they like to do.”

Show business had been in her family for many years, with her father, Arthur, being a regular entertainer at Reading’s Palace Theatre, before television took away his audience, forcing him into a new career as an electrician.

Twenty-five-year-old Sue Shepherd of Tilehurst, was making an official bid to become Berkshire’s first-ever “Pearly Queen” by applying to the county council.

She and her father had previously been the Pearly Queen and King of Kensington, London, but were hoping to bring the centuries-old tradition out to the home counties.

Sue told the Chronicle: “Like other “Pearlies” who have moved out of ‘the smoke’, I want to carry on in my county, but my outfit needs some more buttons!”

Although she already has 1,000 mother of pearl buttons, Sue would have to reach a total of 5,000 to make her outfit complete, with the sewing also taking several months.

Radio and television personality Pete Murray visited Woodley to open a new supermarket in 1976, and after cutting the traditional ribbon at the entrance, he tried his hand at serving at the check-out.

ALSO READ: Why the council is planning to spend £1.5 million on two new cremators

The Sabre store, the largest in a chain of seven shops in the Reading area, was originally owned by Oakeshotts.

A major gas explosion was averted by the prompt action of firefighters 44 years ago, when a Reading Transport double-decker bus crashed in the town centre.

The bus, loaded with passengers, crashed into a shop in London Road and fractured a gas main, also knocking down a street sign, exposing its live electric cables.

Nearby shops were emptied of customers and roads closed for several hours, which caused huge traffic problems all over the town centre.

When the Shinfield Players staged a production of “Alice’s Adventures in Wonderland” in 1976 they realised that they would need to youngsters to play “Alice”.

Michelle Perkin and Jacinta Evans would do alternate evenings, so they would not get to overworked playing the lead role.