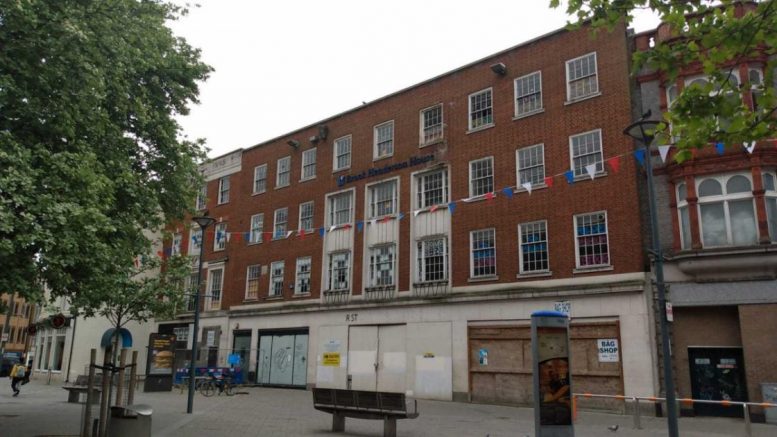 Long vacant offices at one of the iconic buildings in Reading town centre will be converted into apartments.

Earlier this year, plans were submitted to convert the upper levels of the Bristol & West Arcade from offices into a total of 26 flats.

The 20 apartments approval involves office rooms being converted into 17 one bed and three two-bedroom flat across the three upper floors of 173-174 Friar Street, the portion of the arcade located next to Marks & Spencer.

At ground level. two shopping units will be preserved, with unused space used to provide space for cycle and bin storage.

The office conversion was approved following a report by planning officer Matthew Burns, who also waved through a plan for six apartments.

The other plan relates to 175 Friar Street for six one-bed apartments on the upper floors, with each floor hosting two one-bed flats.

READ MORE: The four huge developments that could change the face of Friar Street

This portion of the arcade is located next to La’De Express in Market Place.

Again, bin and cycle storage will be provided at ground floor level, set back from a retail unit that used to house The Bag Shop.

“In the conservation area appraisal, it is recorded as being a building of townscape merit.

“We are therefore very pleased that this application retains the building and no harm to heritage assets is caused.

“We support the retention of 175 Friar Street and future use as studio apartments.”

READ MORE: A brief history of plans for the Bristol & West Arcade

She stated that, while it is a ‘positive step’ that the shopping units would be updated, the plans are not detailed enough for the CAAC to form an opinion on them.

Additionally, she argued that the appearance of the arcade  would be greatly improved if the stonework was cleaned and stated any parts of it that need replacing should be done using high quality materials.

You can view the approved applications on the council’s planning portal:

Mountley has also applied to add two floors to the existing building, planning reference  221381, which would contain three studio flats, two one-bed and one two-bed apartment on a new fourth floor, and three two-bed and one one-bed flats on a new fifth floor.

If that is approved, a total of 36 apartments could be made by the developer.

A grander plan to replace the arcade into a 182 bed hotel fell through when it was withdrawn by earlier applicants Sonic Star Properties in August.