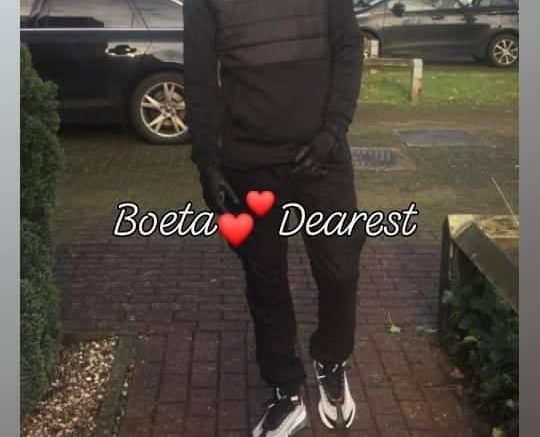 THE family of Yannick Cupido, who died in Caversham last weekend after being stabbed, have released the following tribute to the 24-year-old:

“Yannick Cupido was my eldest son, he was born in Cape Town, South Africa.

“He came to join his family two and a half years ago.

“He was such an introverted boy that loved being around his family.

“He was my rock, he was steadfast, serene and I trusted him with my whole heart.

“His sister Cleon describes him as chatty but introverted, charismatic with a heart of gold.

“His sisters say they will hold onto the beautiful adventurous memories they have of him.

“He is much loved and missed by his brother.

“He loved spending time at home having meals with his family, laughing together and having BBQs in the garden in the summer.

“He also loved fitness and was a track runner.

“He was such a beautiful boy, taking part in modelling with his older sister.

“Many members of the community have reached out to me since his death and have told me how much they loved him and respected him.

“His younger sister Sarah describes him as not really a people person, but a person for the people.

“His girlfriend describes Yannick as a precious soul that was very rare, he is the love of my life.

“His family want to thank the community for all of their dedications to Yannick.

“Although the family have found it hard to open the door, they can see what Yannick meant to the community and want to thank them for the love, the flowers, the brownies, the cards and all the condolence messages they have received.

“Yannick will always be much loved and dearly missed by his close family and friends.

“The family is grateful for the heavenly father blessing them with Yannick for 24 years.

“They are thankful for all the street pastors and for my Prophet Miykael and the Elders from the house of Ephraim.”