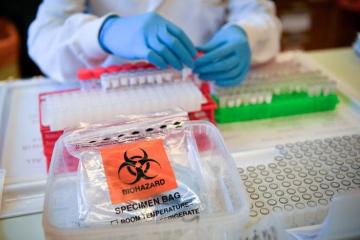 THE number of recorded coronavirus cases in Reading jumped by 167 in just one day after tests undertaken by commercial companies were included in official figures.

Public Health England figures show that 764 people had been confirmed as testing positive for Covid-19 by 9am on Thursday (July 2) in Reading, up from 597 the same time on Wednesday.

READ MORE: ‘Everyone deserves to be remembered’: Man behind street tributes talks of love for the town

PHE has also made changes to its reporting methods, to remove any cases that may have been counted more than once.

The change means the total number of positive cases across England on Wednesday fell by 29,726, to 283,757.

As of 5pm on Wednesday, 43,995 people had died from coronavirus across the UK.