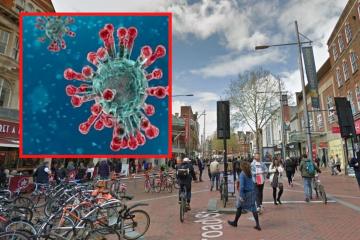 THE number of recorded coronavirus cases in Reading has increased by three in the last 24 hours, official figures show.

Public Health England figures show that 844 people had been confirmed as testing positive for Covid-19 by 9am on Wednesday (August 26) in Reading, up from 841 the same time on Tuesday.

​Reading’s cases were among the 37,280 recorded across the South East, a figure which rose by 67 over the period.