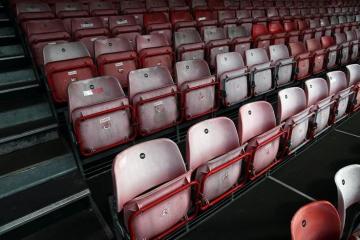 HUNDREDS of people in Reading have signed a petition calling for the Government to let football fans back into stadiums.

Across the UK, almost 200,000 fans have backed the idea, forcing a Parliamentary debate to take place on the issue in the coming weeks.

As of 10am on Friday, October 16, 675 people in Reading’s two constituencies had signed the petition – among more than 26,000 from across the South East.

The breakdown of signatures in each constituency is:

The petition on Parliament’s website has gathered 197,000 signatures already, meaning MPs in Westminster will have to debate the matter – now confirmed for November 9.

Petition creator Ashley Greenwood said football is a “powerful tool” that brings a range of economic and social benefits.

He added: “Football can be associated with passion, emotion, excitement and dedication across the community.

“I ask for the support of this petition as I fear that smaller clubs in particular will go out of business leading to a devastating effect on people.”

Culture Secretary Oliver Dowden admits there is a growing sense of frustration at the ban on live crowds at sporting events, but insists there can be no change until the spread of coronavirus is curbed.

Speaking at the Digital, Culture, Media and Sport committee, Mr Dowden said he desperately wanted to have socially-distanced spectators in grounds from October 1.

He added: “But there is very clear evidence from the scientific community that at this stage of the disease, with rapidly rising infections, we should be imposing restrictions – which we are – not further easements.

“We are doing things that are positively hateful, but the reason we are doing it is to secure public safety.”

Though the Conservative MP gave no timeline, he said the emergence of a vaccine, ‘on day’ testing, or further control of the virus could all help enable events with fans to return.

The Premier League says English football loses £100million every month without spectators, while the EFL said it lost £50m in revenue in 2019-20 and stands to lose a further £200m if fans do not return in 2020-21.

He said: “We understand that DCMS has to do things for different sectors but ultimately there’s an inconsistency there, that you can go to an indoor venue, enjoy an evening out.

“We think that’s a really positive thing, the big question is why can’t that be, in the near future, sports venues as well?”

Masters has backed the petition, writing an open letter to fans earlier this month alongside the heads of the English Football League and Football Association.

It read: “We all know football is not the same without fans. Every player and manager is missing the direct connection with you and the impact that you have on our games.