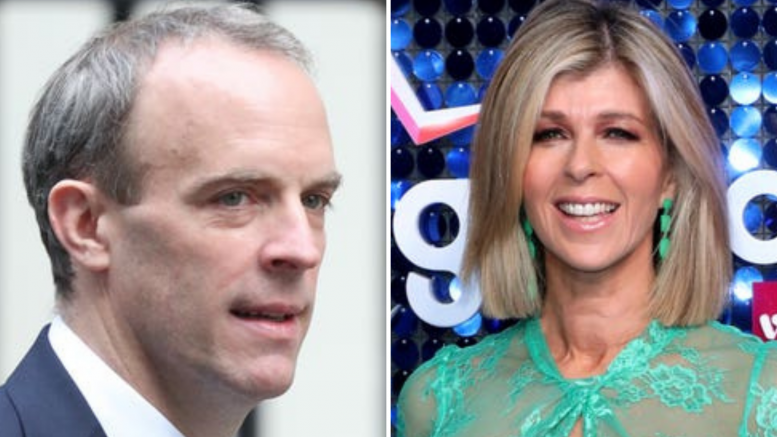 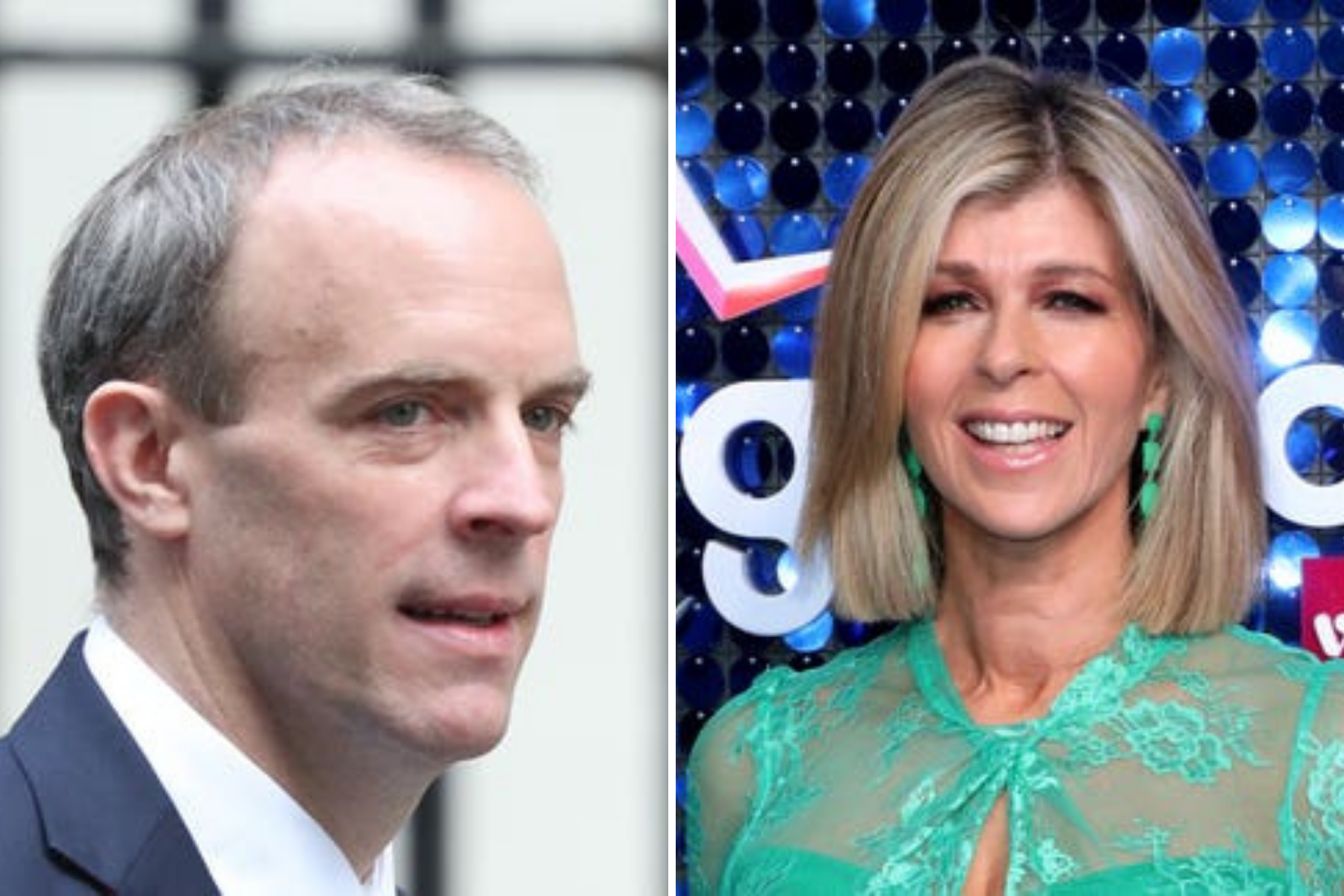 The Foreign Secretary branded the Good Morning Britain host “cynical” as he discussed calls for a ceasefire across the globe so that the vaccination programme could be rolled out further.

Mr Rabb was welcomed onto the ITV show via video link opposite Kate and her co-host Ben Shephard.

But Kate was eager to hear the Foreign Secretary’s plans regarding hotel quarantine in the UK.

Kate said:”People might be surprised that’s what you want to talk about this morning and not something involving the global situation where something else that comes under your view is being seen as an absolute shambles.

“And I am talking, of course, about the situation with quarantine.”

“First of all, Kate, the timing of this is rather cynical and I do not think that is fair at all,” said Mr Raab.

Kate replied: “I wasn’t saying anything cynical, we were told you wanted to talk about this this morning and it is a very important thing to talk about.

“I am just thinking that everybody watching will be saying ‘why is he talking about that when we have this chaos at home?’.

“It is my job to put those questions to you. So, you are welcome to explain why you put that above the situation which many people think is a fiasco.”

“No, I am happy to talk about both things but I think your view is rather cynical,” Mr Raab continued.

‘Why don’t you pause and let me explain it. People get fed up with the media not allowing us to give honest answers.’ – Dominic Raab

Later in the interview while discussing plans over the current travel restrictions and the government’s plans to see British nationals return to the UK, the pair clashed for a second time.

Kate said: “It’s all very well to have the idea, it’s actually putting into place something to see it through isn’t it?”

“So, as I was trying to explain to you, of course enforcement is difficult in a country where we don’t have control over the law enforcement authorities,” Mr Raab said.

Kate interrupted: “No it’s here I’m talking about, where we do have control.”

Dominic Raab asked: “Can you let me answer the question?”

“Yes but you’re saying things that I haven’t said so I’ve got to clarify otherwise you’re not going to have a chance to answer the questions if you haven’t understood it,” Kate replied.

Dominic Raab hit back claiming people were “fed up” with the media not allowing politicians to answer questions.

He said: “Well, why don’t you pause and let me explain and then you can pick holes in it after? I think people get fed up with the media not allowing us to at least try and give honest answers even if you don’t set them.”

He added: “We can’t control the law enforcements at the end but we can make sure in other countries nobody can get on a flight unless they have had that first Covid test, we have to find a safe way for British nationals to come home.

“In terms of what happens at the UK end, the rules are very clear, we are managing them as effectively as we can.

READ MORE: Which areas in Reading have recorded the fewest Covid-19 deaths?

“There is increased border force resource, there is increased spot checks in relation to the quarantine and of course there are other people in these interviews I’ve been doing who are questioning whether actually the fines and the penalties are too severe.”

At the end of the interview Kate asked co-host Ben Shephard: “Did I get an answer?”

Ben replied: “Not sure, I think there is being given the chance to answer the question but then is it actually answering the questions?

“Yeah, I don’t know whether we did,” Kate said.