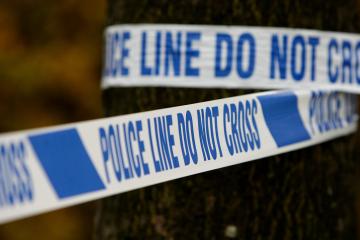 Road safety charity Brake has called on the government to strengthen roads policing, following what it described as a decade of “appalling stagnation” in the number of fatalities on Britain’s roads.

In 2019, 49 people were killed or seriously injured in road traffic accidents in Reading, Department for Transport figures show.

This was a decrease on the year before, when there were 57.

Of last year’s total, two were fatalities – up from one the year before.

The figures represent all accidents that happened on a public road and involved at least one vehicle, horse rider or cyclist.

Across Britain, 29,588 people were killed or seriously injured last year – a slight decrease on the year before.

The number of fatalities also dropped slightly to 1,748, but Brake said the annual total has “flatlined since 2012” when 1,754 people were killed.

The DfT warns against comparing year-on-year figures however due to changes in 2016 to the way some forces record the severity of injuries.

Joshua Harris, director of campaigns at Brake, said: “For nearly a decade now, we have seen an appalling stagnation in the number of deaths on our roads and it’s high-time for the Government to take responsibility and act.

“We need to rid our roads of dangerous drink and drug driving, introduce safe speeds in our towns, cities and rural areas and reinvigorate roads policing, which has been decimated by funding cuts.”

Brake wants the government to commit to a ‘Vision Zero’ target of no deaths or serious injuries on the roads.

The Royal Society for the Prevention of Accidents said it has expressed concern about the lack of progress in reducing deaths and serious injuries on the roads for a number of years.

Nick Lloyd, head of road safety at the organisation, added: “However, we are pleased that the Government is now recognising the importance of roads policing and has issued a consultation on this.”

The government is carrying out a review of roads policing across England and Wales, stating there can be “no room for complacency” after a plateauing in the number of deaths and serious injuries following years of steady decline.

Across Britain, the number of casualties fell to 153,315 last year, the lowest since comparable records began in 1979 – mainly driven by a fall in non-serious injuries.

A DfT spokesman said the figures were encouraging, adding: “We continue to work hard to improve road safety – delivering on more than 70 actions announced last year in the Road Safety Statement to tackle road safety issues for people, throughout their lifetime.

“Our award-winning THINK! Campaign is also continuing to tackle the attitudes and behaviours that can lead to road casualties.”