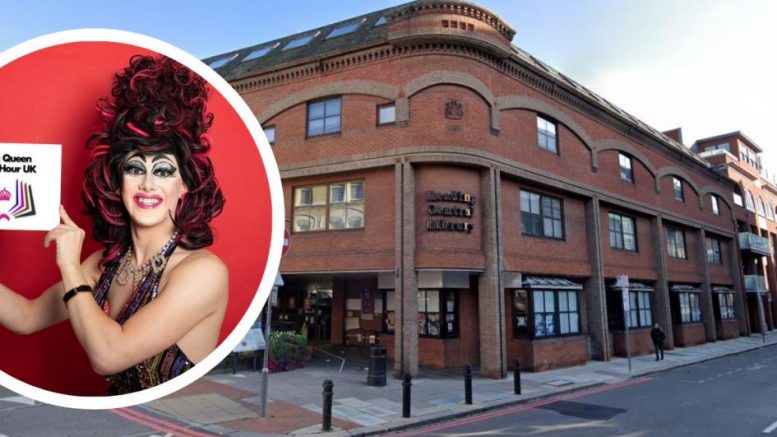 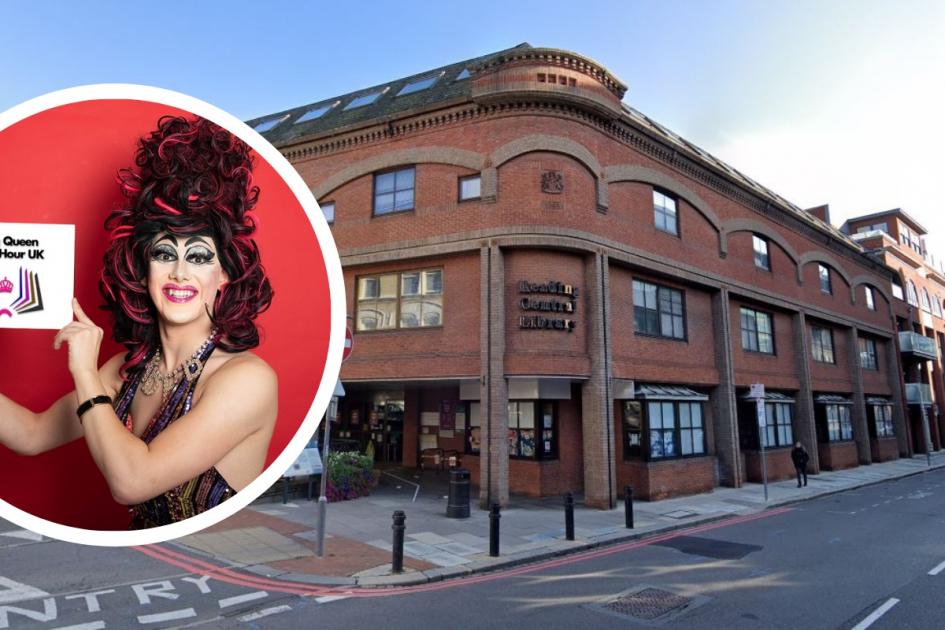 PROTESTERS have stormed a library to disrupt a drag queen event as performers read stories to children.

But the event at Reading Central Library was disrupted yesterday when protesters barged through the building, hurling slurs at Aida H Dee and disturbing families.

Videos circulating on social media appear to show two people inside the Central Library shouting obscenities in front of families attending the event.

Footage also appears to show police officers at the scene.

The show in Reading comes at the beginning of the UK’s first national tour by Drag Queen Story Hour UK.

The statement continued: “They had megaphones and attempted to shout into the windows from the ground floor outside.

“Aida H Dee The Storytime Drag Queen, who founded Drag Queen Story Hour UK and is the first drag artist in Europe to read stories to children in a nursery, was interrupted by two women on the library third floor.”

Event organisers said that people were ejected by the police,  and said the commotion left children ‘scared’ and one mother in tears.

Adding: “The drag queen, after finishing the story hour, then had to be escorted out of the library by the police to the next story hour show in Tilehurst Library.”

Furthermore, a spokesperson for Reading Borough Council which runs the library said: “We are saddened by yesterday’s events at Reading Central Library.

“It is extremely disappointing that a small group attempted to disrupt story time at the library. This was a ticketed event and all parents attending were aware of the nature of the performance. It is regretful that some people chose not to respect parental choice.

“The council does not tolerate threats or abuse against our staff, members of the public or the entertainers we have invited to perform at our venues. We worked closely with the local police and our own security teams to ensure the safety of everyone attending the event.

“Reading is a diverse community and our library service seeks to reflect and celebrate that by hosting and supporting a wide range of artists and audience experiences.

“Drag Queen Story Hour UK is a well-established professional children’s entertainment provider. The sessions include stories and games and have a theme of accepting differences. We are pleased to say those who attended the performances have given positive feedback saying that the content is both entertaining and age-appropriate.”

An event was also planned at Whitley Library at 10.30am today (Tuesday, July 26) and another is scheduled later at Southcote Library.