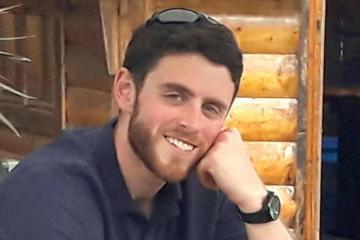 A TEENAGE driver told his passengers to “shut up” and “put the music on” as he dragged PC Andrew Harper to his death, a court has heard.

Henry Long, 19, said he had no idea the 28-year-old officer had become tangled in a tow rope attached to his Seat Toledo when he attempted to evade arrest for stealing a quad bike.

He sped for more than a mile on winding country lanes before PC Harper finally became dislodged.

The officer suffered horrific injuries and was pronounced dead at the scene near the A4 in West Berkshire.

Giving evidence at the Old Bailey on Tuesday, Long said he felt “disgraceful” about what happened.

He admitted killing Pc Harper but denied meaning to harm him saying: “If I was aware I would have stopped the vehicle, tried to save him.”

On the afternoon of August 15 last year, Long was looking “for stuff to steal” when he came across a quad bike in Stanford Dingley.

After failing in a first attempt, he returned under cover of darkness with 18-year-olds Jessie Cole and Albert Bowers, the court heard.

Having rolled the bike away, Cole steered it as Long towed it behind the Seat, jurors heard.

Confronted in the road by PC Harper’s police patrol car, Cole got out to unhook the bike, the court has heard.

Long told jurors: “I would not leave anybody behind so I waited for him.

“I was about to leave him behind because I could not see him or hear him then he jumped in the window.”

Defence barrister Rossano Scamardella QC said: “Were you aware that PC Harper had got caught in the rope at the back?”

Describing the getaway, he said: “The car was always in gear rolling.

“Once Cole jumped in, I just revved the throttle and went.”

Long told jurors he drove fast, even on tight corners.

Asked why, he said: “Because I have had experience with police chases before.

“I knew where the police were going to be waiting for us.”

Long’s passengers were shouting to “go this way, go that way, slow down”, the defendant said.

He went on: “Everyone talking at each other saying this and that.

“I got annoyed because I’m trying to concentrate on getting away and people telling me how to drive telling me what to do.

Mr Scamardella asked: “Could you hear anything during that stretch of the journey being dragged behind you?”

The defendant denied it.

After crossing the A4 without stopping, he spotted blue lights and “floored it”, he said.

Hours later, all three defendants were arrested after the Seat was located by a police helicopter, jurors have heard.

Long initially denied involvement in the incident and told police in a prepared statement that he had been watching The Goonies and Fast And Furious DVDs.

Long, Bowers and Cole, from near Reading, have denied PC Harper’s murder but admitted conspiracy to steal the quad bike.

Long has also admitted PC Harper’s manslaughter, but denied intending to harm him.

Mr Scamardella said: “You pleaded guilty to manslaughter – why?”

Long replied: “Because I accept that I killed him from what I was doing, the way I was driving.”

The lawyer asked: “How do you feel?”

Long told jurors he could not sleep and thought about Pc Harper’s family and how they feel.

The defendant said he lived with his parents and five siblings and was part of the travelling community.

Like his father and grandfather before him, he was “a thief”, Long said.