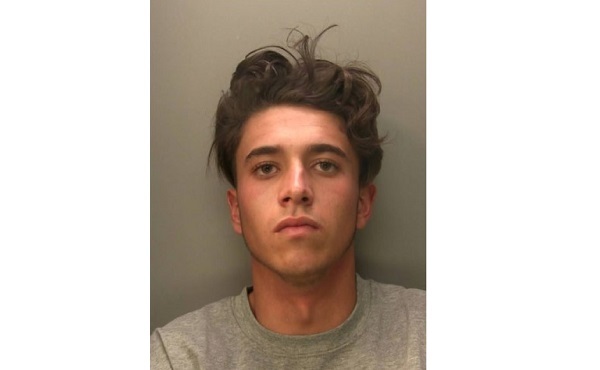 FORCING a car with two elderly passengers into a river, death and serious injuries — these are just some of the consequences of dangerous driving in Berkshire roads in years gone by.

And this week’s news of yet more jail time for a reckless driver marked the latest prison spell handed out in a spate of sentences for careless motorists over the past few months.

Here are five dangerous drivers handed prison sentences for their recklessness on the roads.

Gary Haffenden, of Wateringbury Road, Kent, was sentenced to three years in jail after he caused death by careless driving and serious injury by dangerous driving on two separate occasions, with the former occurring in Wraysbury in Windsor in March 2019.

On both occasions, the 21-year-old did not stop at the scene after causing the collisions.

READ MORE: The hit-and-run driver who left motorist for dead

He was sentenced at Reading Crown Court on Tuesday, April 6, where he was also handed a driving ban lasting four-and-a-half years.

Gary Haffenden was involved in two hit and runs

Investigating officer, PC Joy Jarvis, of the Joint Operations Roads Policing Unit, said: “I am pleased that Haffenden has now been sentenced for these offences.

“His actions were completely unacceptable, driving away from the scene after both incidents.”

Another 21-year-old, Jankoczky of Benson Close, Reading, was sentenced to two years and six months in prison after he pleaded guilty to one count of dangerous driving and two drugs offences.

He was arrested after curbing his car and colliding with an oncoming vehicle in Tilehurst in July 2019.

Officers had approached Jankoczky prior to the incident, prompting him to drive away.

Upon searching the car following the crash, officers found a quantity of drugs, cash and phones inside.

Patrick Jankoczky injured a passenger in an oncoming vehicle

The 21-year-old was also banned from driving for three years and three months as part of his sentencing.

Driver Ahmed crashed into a house and three cars after attempting to escape police officers in July 2020.

Having been spotted driving at excess speed on Wexham Road in the early hours of the morning on July 16 2020, police asked Ahmed to stop his vehicle.

READ MORE: The people sentenced for crimes in Berkshire in March

He failed to do so and after turning into Knolton Way, he crashed into the three parked cars and the house.

An investigating officer said the 22-year-old had a “complete disregard for the safety of others.”

He was sentenced at Reading Crown Court in March to 12 months imprisonment suspended for two years.

The Slough man was also banned from driving for two years and must take an extended test before being allowed to drive again.

A man who failed to stop after his careless driving knocked a car with an elderly couple into a river was banned from driving for a year.

Bunyard, of Ellington Road, Taplow, was driving a Ford Transit along Lower Cookham Road, Maidenhead, when he crashed into the back of a Vauxhall Corsa.

The force of the crash pushed the Corsa into the River Thames.

He then fled the scene “showing no concern” for the man in his sixties and the woman in her seventies inside the car.

Passing boats rescued the two occupants of the Corsa and suffered only minor injuries.

Bunyard, who is 26, was given a four-month suspended prison sentence, banned from driving for 12 months and ordered to pay almost £800 in fines and court costs.

Marcus Burke will serve ten months behind bars after a series of dangerous driving manoeuvres in February 2021, including travelling at a top speed of 130 mph.

Marcus Burke was chased by police earlier this year

The London man, of Clive Road, also swerved in and out of lanes, undertook several vehicles and made an erratic turn to exit the A404 in Maidenhead in an attempt to escape the police.

Officers had pulled the 25-year-old over when they were notified of a Volkswagen Golf being driven without insurance on the A308M.

Burke initially stopped for police on the M4 but then sped off when asked to pull further down the road.

In his attempt to evade officers, he entered the slip road exiting the A404 at 100mph and failed to navigate the oncoming roundabout, narrowly missing vehicles before striking the kerb and crashing into trees and bushes.

He was arrested at the scene and charged the following day.

Last month, Burke was sentenced to ten months in jail and was banned from driving for 20 months.