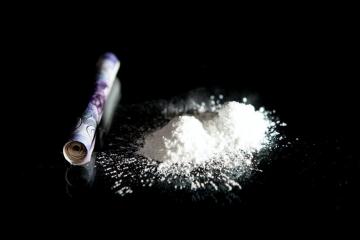 Drug-related deaths in Reading in 2019 decreased, despite a national rise in fatalities.

But drug reform charity Release said government inaction is partly to blame for the record number of deaths seen across England and Wales.

Office for National Statistics figures show seven drug-related deaths in Reading in 2019 – down from 14 the year before.

The deaths relate to poisoning from a variety of illegal and legal drugs, including prescription and over-the-counter medicines.

The figures count deaths from drug abuse but also include those from accidents, suicides, and health complications arising from drug use.

In Reading, six deaths last year were down to misuse, meaning they involved illegal drugs, or were as a result of drug abuse or dependence.

Across England and Wales, 4,393 deaths from drug poisoning were recorded in 2019 – two-thirds of these from misuse.

It represents the highest total since comparable records began in 1993, and the seventh successive year of increase.

The ONS said new analysis shows rates of drug poisoning deaths have been higher in the most deprived areas, particularly among those in their 40s.

Release said the public health crisis we are all experiencing as a result of Covid-19 has exposed structural inequalities that have been seen in drug-related deaths for the last decade.

Niamh Eastwood, the charity’s executive director, said two select committees have called for drug policy reform – including investment in treatment, overdose prevention sites and a review of the law to end criminal sanctions for possession offences.

She added: “If the Home Secretary and the Prime Minister continue to ignore these calls then they will continue to be responsible for the deaths of thousands of people every year. It is time to stop playing politics and listen to the evidence.

“People are dying and government inaction is contributing to these deaths.”

Nuno Albuquerque, treatment lead at drug addiction experts UKAT, said 2020 has been a difficult year for many, and some will undoubtedly turn to misusing drugs as a coping mechanism.

He added: “We must remember that these aren’t just numbers; they’re someone’s mother, father, child or friend and we can’t stress enough the value of investing in the treatment of addiction.”

A Government spokeswoman said: “Our approach on drugs remains clear – we must prevent drug use in our communities, support people through treatment and recovery, and tackle the supply of illegal drugs.

READ MORE: ‘We need this place’: HUNDREDS sign petition to save beloved pub

“Earlier this year we announced an independent review into drug treatment services, which have the potential to help thousands of people to recover every year, and findings will inform future action on substance misuse.”