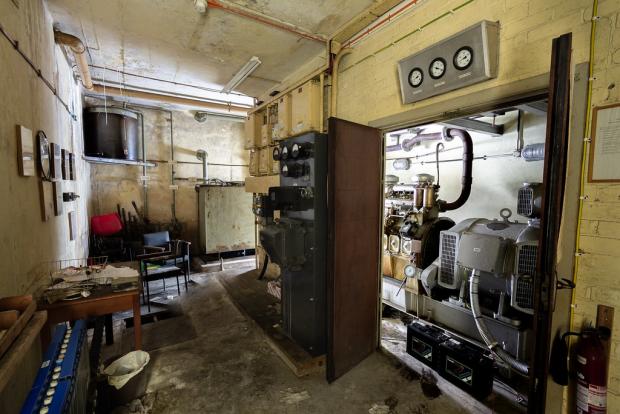 Reading has a long and rich history, stretching from the Abbey Ruins to Huntley and Palmers Biscuit building and beyond.

One segment of it’s history however, is the lesser-known former Cold War bunker based in Earley.

Reading War Room for Home Defence Region Six, also named ‘The Citadel’, is a small and worn-down outbuilding on the east side of the University of Reading Campus, Earley, and despite its unassuming appearance now, was once a base for Home Defence during the early years of the Cold War.

The site, completed in 1953, was one of 13 regional war rooms across the UK – all of which were designed to protect regional government from the atomic bomb, were it to go off, and to act as a base for military defence operations.

The site, now listed as a Grade II building according to Historic England, is one of four regional war rooms that are still standing (that were built to the two-storey semi-sunken design) and is in ‘remarkably’ good condition.

According to Historic England, the structure is made of reinforced concrete construction, with one of two storeys underground.

In the centre of the building, expected to hold around 50 people, lies the map room, surrounded by control cabins, external offices and built-in accommodation, including plant rooms, water storage facilities, ablutions, dormitories and a canteen.

So, what happened to the building?

ALSO READ: This dry cleaners is up for sale and could be yours

Historic England details that the site, as well as the other regional war rooms, were replaced by the Regional Seats of Government in the 1960’s – these were built to be better equipped to cope with the Hydrogen Bomb.

The site then became a government communications centre for the local government in Henley, and by the 2000’s it had been used to storage documents from the University of Reading.

It was threatened to be demolished in 2007, however it was saved by being given Grade II listing. Due to the decline in safety with age in it has not been used for many years.

A spokesman for the University of Reading said: “That building does have an interesting history.

“The building still exists but is not currently in use and hasn’t been for many years.

“It was previously used for storage of University files and equipment, but can’t now be accessed easily for safety reasons.”

ALSO READ: This is when the stamp duty holiday is due to end in 2021

For more information on the former war room, visit historicengland.org.uk/listing/the-list/list-entry/1393194.