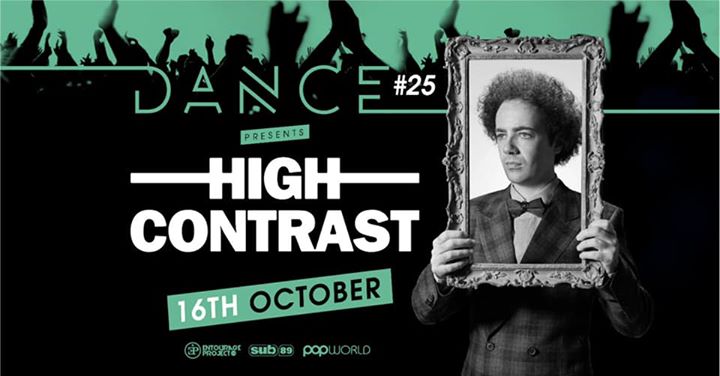 The name HIGH CONTRAST needs no introduction now… though when a young, fresh-faced Lincoln Barrett signed on the dotted line for Hospital Records back in 2000 he was a complete unknown. Signed on the strength of his mini-disc demos, the Welsh wonder has smashed his way through the D+B scene and has become one of its iconic and much respected heroes, sat firmly at the leading edge for almost twenty years.

He curated music for the 2012 Olympic Opening Ceremony; he’s worked with everyone from Underworld to DJ Fresh; he’s headlined festivals; he did a timeless Fabriclive mix; and he’s one of dance music’s elite remixers, achieving acclaim for reworks of Adele, Duke Dumont, White Stripes, Kanye West and, of course, London Grammar’s ‘Strong’.

Fast forward to 2020 and High Contrast remains as relevant and vibrant as ever, with his remix of Jorja Smith currently nominated for the “Best Remixed Recording” Grammy Award! An unmissable night awaits us here as we dance to music royalty.

Tickets will be on sale very soon, keep an eye on posts in this event for full info