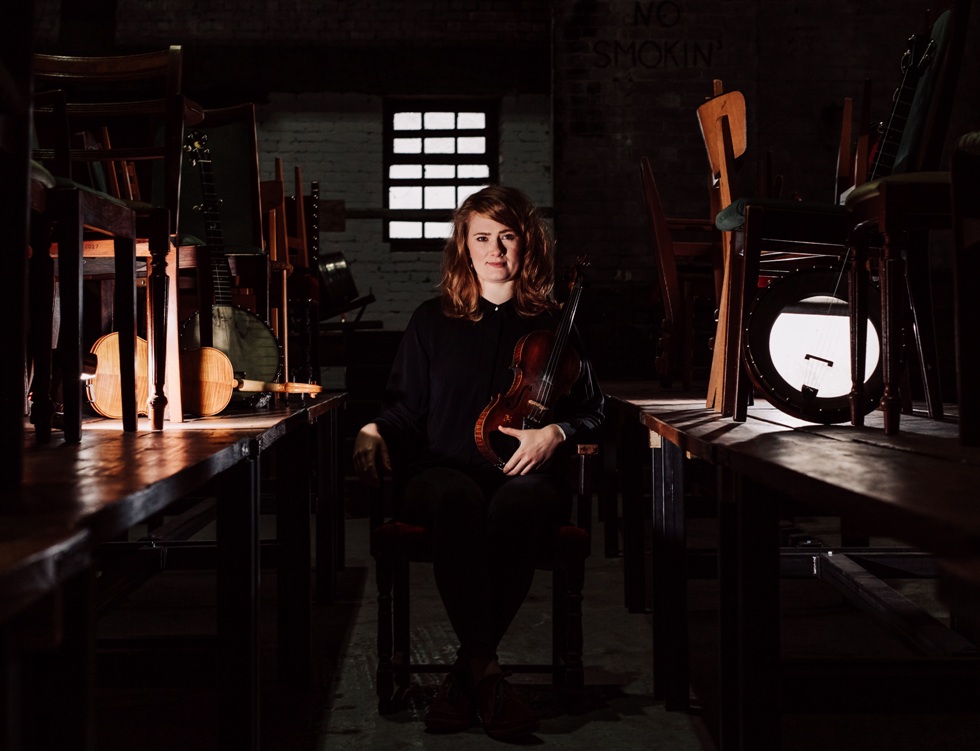 Rowan Rheingans is an award-winning fiddle player, banjoist, songwriter and theatre-maker widely regarded as one of the foremost innovators in folk music today. Best known for her work with acclaimed bands Lady Maisery, The Rheingans Sisters and Songs of Separation, Rowan has won two BBC Radio 2 Folk Awards (‘Best Original Track’ in 2016 & ‘Best Album’ in 2017) and is a six-times nominee. Her duo The Rheingans Sisters were also nominees for the prestigious ‘Best Duo/Band’ award at the the 2019 BBC Radio 2 Folk Awards.

This March and April, Rowan takes this ambitious and deeply personal one-woman show on a national tour (dates below).

In the current time of deeply felt political tensions, with the rise of racism in our communities and a new nationalistic fervour gaining pace across Europe, Dispatches on the Red Dress is a highly resonant and much needed historic provocation for our current political and social climate. Slowly revealing what is at once a warm family story and a troubling elegy on the modern human condition, Rowan explores how hope for the future may be found in the very darkest pockets of our history…

“Sublime…a narrative stitched with the subtlety of an expert dressmaker…

celebrates family, nature and the ties that bind and goes on to pack a fierce political punch.”