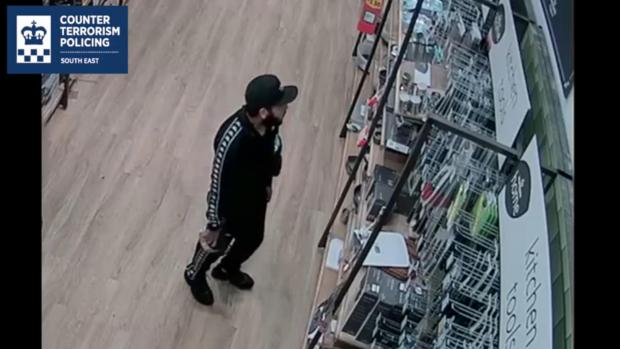 FORBURY Gardens triple murderer Khairi Saadallah should not receive a whole life prison term owing to a lack of serious premeditation, the “fleeting” strength of his commitment to Islamist jihad, and his mental health issues, his defence barrister has told a court.

The failed Libyan asylum seeker launched the attacks in Forbury Gardens as the victims were enjoying a summer evening on June 20 last year after the first lockdown restrictions in England were relaxed.

Three others – Stephen Young, Patrick Edwards and Nishit Nisudan – were also injured before Saadallah threw away the knife and ran off, pursued by an off-duty police officer.

Saadallah, of Basingstoke Road, Reading, has pleaded guilty to three murders and three attempted murders and appeared at the Old Bailey on Wednesday as his sentencing continued.

The Crown is seeking a whole life order, meaning he would never be considered for release.

But in mitigation, Rossano Scamardella QC suggested the sentence should be one of life imprisonment with a starting point of 30 years.

He told the court: “None of the submissions I’m about to make are designed to downplay or dilute the seriousness of the incident… criminal offending is rarely more serious than this.”

Picture issued by Thames Valley Police of Khairi Saadallah buying a knife at a Morrisons supermarket the day before he stabbed three people to death in Forbury Gardens attack. Pic: TVP/PA

Mr Scamardella went on: “In this case, significant planning or premeditation simply does not exist.

“I concede the defendant took certain steps to facilitate the killing, putting himself in a position to commit the act, but nothing close in the issue of planning that would justify a whole life term.”

He said Saadallah had a “fleeting or occasional interest” in Islamist extremism, but that “must be viewed in the wider context of his other behaviours at the time”.

Mr Scamardella said: “He smokes cigarettes, takes drugs, he is a heavy user of alcohol. He self-harmed, he had tattoos.

“A person willing to kill for that cause would not behave in that way.”

He added Saadallah has a crucifix tattoo on his leg, has been pictured worshipping in a church, and had described himself in interview as “part Muslim and part Catholic”.

“No radical Islamist would countenance adoption of another faith, it’s inconceivable”, the defending barrister added.

Picture issued by Thames Valley Police of Khairi Saadallah handing a bible to a passer by before he stabbed three people to death and injured three others in Forbury Gardens, Reading. Pic TVP/PA

Mr Scamardella said portraying Saadallah as a committed jihadist was a “superficially attractive proposition” based on “pieces of evidence that exist that demonstrate or at least might demonstrate a fleeting interest”.

An examination of Saadallah’s mobile phone revealed extremist material, including the flag of so-called Islamic State, Jihadi John and an image of the Twin Towers.

Mr Scamardella said images can be “cached” on to phones simply by visiting websites or Facebook, adding: “It is an unsafe conclusion to draw that the presence of images on his phone was evidence of planning.”

Since arriving in Britain in 2012, Saadallah had been repeatedly arrested and convicted of various offences, including theft and assault, between 2013 and last year.

He was released from HMP Bullingdon on June 5, just days before the attack.

Saadallah had developed an emotionally unstable and anti-social personality disorder, with his behaviour worsened by alcohol and cannabis misuse, the court has heard.

Mr Scamardella said: “We are not suggesting that this was the cause of his offending.

The court heard that a psychiatrist had since concluded that the events of June 20 were “unrelated to the effects of either mental disorder or substance misuse”.

Mr Justice Sweeney has said the sentencing will conclude on Monday.