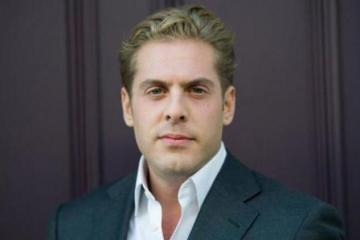 FAMILY and friends of Alexander Stern, who died after disappearing from a Sonning pub in January, are arranging a fundraiser in his memory.

Alexander, 36, was last seen on Saturday, January 11 at The Bull Inn, Sonning.

Following a search by police, a body was retrieved from a river in Charvil in early April, which was later confirmed to be Alexander.

Speaking to The Chronicle, Alexander’s cousin James Shrager said: “On October 10, a group of Alex’s close friends will run from Sonning, where he was last seen, along the river on a 50 mile route back to one of Alex’s favourite Chelsea pubs, The Hollywood Arms.

“As well as a 50 mile run, a group organised by myself will cycle a 60+ mile route, attempting to join up with the runners for the final stretch from Kew to Chelsea and a third group will be joining up at Kew to run the final 10km alongside the 50 mile runners.”

The group are looking forward to doing something positive in Alexander’s name following the tragedy, and the event will raise money for the Berkshire Lowlands Search and Rescue, who found him.

It will also be raising awareness for mental health and suicide prevention.

James added: “I run a non profit community based mental health organisation, Sidekick, alongside my day job and we will be running a week long suicide awareness and prevention campaign in the week leading up to the run/cycle.”

To visit or donate to the fundraising page, click here.