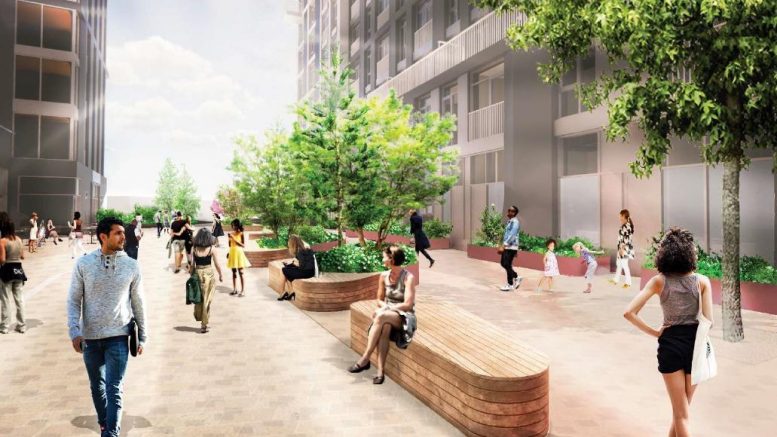 An extra 61 flats could be added to a major development in the town centre, which could eventually reach up to 1,200 homes.

Phase one of the Station Hill development was approved in 2019 and includes 538 apartments, offices, retail and leisure space and public space.

But Lincoln MGT has since submitted proposals to amend the outline planning permission for phase one of the development, asking for permission for an additional 61 apartments.

Reading Borough Council (RBC) officers have backed the plan, saying: “As with the 2019 scheme the considerable benefits of the revised proposals outweigh the less favourable aspects.

“The increased scale and changes to the balance of uses reflect a changing market and refinements that are a product of the ongoing design process.

“The Station Hill site occupies a key strategic location in the town centre. Its current dilapidated condition is clearly harmful to the vitality of the town centre and fails to make effective use of the site.”

Revised proposals for the long-awaited first phase of the Station Hill development in Reading have been submitted to the council and will be voted on at next week’s Planning Applications committee (Wednesday, March 3).

Lincoln MGT wants to build 599 new homes, as well as office, retail and leisure units, in two new buildings, in part one of the huge Station Hill development.

The developer wants to increase Plot E, to the west of Friars Walk, from 370 flats to 415 and increase the height by two storeys to 14 storeys.

A spokesperson for the Station Hill development said the additional homes and changes to ground floor uses will “ensure the scheme meets the changing market needs and is commercially viable and sustainable over the long-term”.

Five per cent of the 599 build-to-rent apartments will be at affordable housing rates, which equates to around 20 homes.

This development is just one part of much larger development proposals, which, once complete, would include:

Plans for the second phase of the development have also been revealed.

The second phase includes hundreds of homes, office space and a hotel.