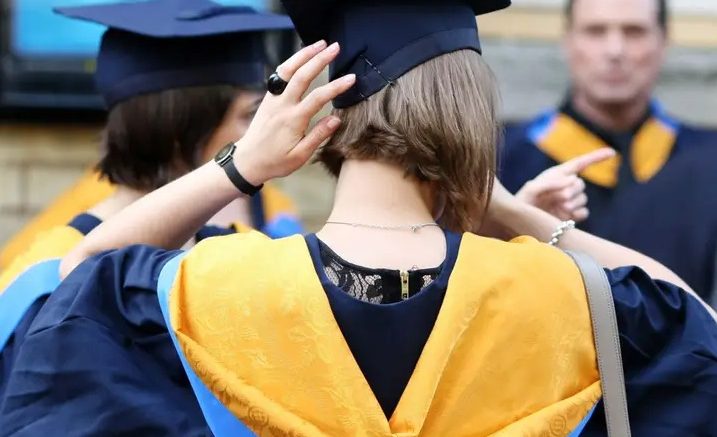 HUNDREDS of students from The University of Reading participated in the Erasmus scheme in recent years, before Brexit brought Britain’s involvement to an end.

The exchange programme which allowed students to study and work across Europe, was not included in the recent UK-EU trade deal, with the Government’s replacement set to begin in September.

READ MORE: Pub to be renamed due to ‘racist connotations’ – and punters are asked to VOTE on choices

But a group of MPs have warned that the proposed new Turing scheme risks hurting university towns and cities, and excluding disadvantaged students.

Erasmus was created in 1987 and transformed into the Erasmus Plus scheme in 2014, incorporating other EU programmes on education, training, youth and sport.

Across all UK universities, 64,000 students participated over this period, with around half travelling to France and Spain.

While British universities will no longer be involved in the programme, Northern Irish institutions can still take part following an agreement with the Irish government.

In a letter to the Department for Education, a cross-party group of dozens of MPs warned that though the £100m funding for the Turing scheme was significant, it was inadequate to support less well-off applicants.

“The Turing scheme, in its current guise, risks excluding disadvantaged students from these opportunities and puts an end to continental exchange of students.

“During an already very difficult time, this will only hurt universities’ towns and cities, stunting our financial recovery.”

The end of Erasmus also puts an end to EU students coming into the UK, which the UK Council for International Student Affairs said has long been a benefit for institutions and student diversity.

Chief executive Anne Marie Graham added: “UK students who participated in Erasmus Plus formed part of an established global community, across 37 countries across Europe and beyond.

“Erasmus Plus also benefits more than just students in HE, and it is not clear how Turing will expand its benefits in this way.”

The DfE denied that the Turing scheme, which will fund up to 35,000 student placements abroad, will exclude the disadvantaged.

A spokeswoman added: “The scheme will provide thousands of UK students with the opportunity to study and work overseas, actively targeting students from disadvantaged backgrounds and areas which have not previously had many students benefitting from Erasmus Plus.

“We will continue to work with the sector to deliver the programme, ensuring students from all backgrounds benefit from the opportunity to learn abroad.”