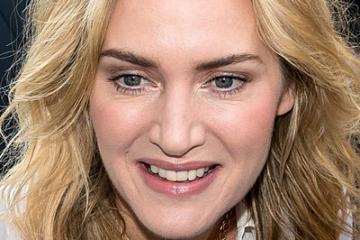 FROM the historic streets of Windsor to the excitement of Reading and stunning countryside dotted around, Berkshire has been home to a surprising number of celebrities.

Below are just a few of the TV personalities, musicians, actors, writers and sporting stars are among the most famous faces to have lived in our county, with many from Reading and Bracknell:

READ MORE: Which is Reading’s BEST pub with a beer garden?

The author was best known for a series of fictional stories for children featuring a character you may have heard of – the iconic Paddington Bear.

Still loved to this day, Paddington Bear stories and films remain popular among generations of children.

But did you know Michael Bond was born in Newbury, and lived there until his death in 2017?

He has written for comedy series such as Brass Eye, The 11 O’Clock Show and Nathan Barley.

Charlie was born in Reading in 1971, but attended Wallingford School in Oxfordshire.

He was educated at two Berkshire independent schools: Heatherdown School near Ascot and the famous Eton College.

Popular comedian Ricky Gervais is known for his distinct humour as well as his many successful TV shows such as The Office and more recently, hit Netflix show After Life.

He was born in 1961 at Battle Hospital, Reading and was raised in Whitley.

The comedian and actor has recently spoken out about his humble upbringing in the town.

The star of hit series Tracy Beaker, Dani Harmer was born and raised in Bracknell.

In 2012, she appeared in the tenth series of Strictly Come Dancing, partnered with Vincent Simone, in which they reached the grand final and finished in fourth place.

Kate Humble is a television presenter and narrator, mainly working for the BBC, and specialises in wildlife and science programmes.

She grew up in Bray, Berkshire and attended the Abbey School in Reading.

According to Wikipedia, She one said of her schooling: “I was a very bad student. I had a fantastic Latin teacher which did mean I did Latin A-Level but other than that my school career wasn’t something to be proud of.”

Jeremy Kyle is a television host, journalist and writer.

He is best known for hosting the tabloid talk show The Jeremy Kyle Show on ITV from 2005 to 2019.

He was born in Reading attended a boys’ independent school in Sonning, Reading Blue Coat School.

Iconic actress Kate Winslet has appeared in some of the most popular films of all time, including Titanic and The Holiday.

She was born in 1975 in Reading, and studied drama at the Redroofs Theatre School.

Singer Will Young found fame after winning the 2002 inaugural series of the ITV talent contest Pop Idol, making him the first winner of the worldwide Idol franchise.

He was born in 1979 in Wokingham and was brought up in Hungerford, West Berkshire.