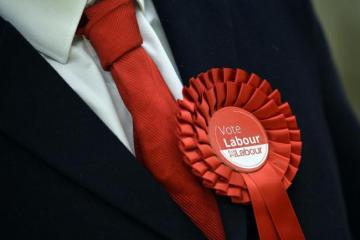 A parish councillor has been suspended by the Labour Party, pending an investigation, a leaked report has revealed.

Councillor Alison Foster, who became a member at Tilehurst Parish Council in August 2019, was put on administrative suspension from the Labour Party in March this year following complaints of misconduct over the past two years.

The allegations set out it in a draft charge include harassment, racism, prejudice based on disability and using multiple fake social media accounts for malicious purposes.

Ms Foster, who previously ran mental health charity Brighter Berkshire and was a candidate to become a councillor at last year’s Reading Borough Council (RBC) elections, has denied the charges and accused others in the party of smearing her.

The Reading and District Labour Party (RDLP) member said the document was leaked to the Local Democracy Reporting Service to harass her.

Ms Foster has been placed on administrative suspension by the Labour Party, which means she is unable to hold a position or attend a meeting while they investigate but in all other aspects is still a member.

In one Facebook post, Cllr Foster is alleged to have compared a protest from other Labour Party members to “plotting terrorism”.

In its draft charge, the Labour party said this comment “may reasonably be seen to involve racist actions, stereotypes and sentiments”.

In a Twitter post, Ms Foster is alleged to have said: “I’m not getting into discussion with someone who demonstrates anti-Semitic behaviour and thinks when they do and are challenged they can just use their diagnosis to get out of it.

“I have proof of this, so please think about trolling me again or I will publish.”

The Labour Party stated in its draft charge that this comment “may reasonably be seen to demonstrate hostility or prejudice based on disability”.

In another tweet, an account the Labour Party alleges is run by Ms Foster, accuses another Reading member of “using disability to get votes”, while another tweet from the same account accuses a member of “weaponing her diagnosis”.

The draft charge states these alleged comments “may reasonably be seen to involve ableist actions, stereotypes and sentiments”.

Ms Foster said the leak is “very disappointing” and described the accusations as false and “ludicrous”, claiming evidence had been fabricated by those who made the complaint.

She said she has been subject to “horrific targeting, abuse and smear campaigns” because she has been so vocal about racism, anti-Semitism and bullying in the local party.

According to Ms Foster, this behaviour is “a legacy from the previous leadership where this kind of thing was rife”.

She has been backed by fellow RDLP member and former RBC councillor Glenn Dennis, who said: “As a local black labour member and previous Reading councillor I can attest to Alison being one of the most vocal advocates for black and minority ethnic communities.

“I have witnessed her continued commitment to speaking out against racism to her personal cost.

“I am in no doubt the party under new leadership will find no case here.”

The possible outcomes of the disciplinary process include expulsion or suspension from the party.

But Ms Foster said she is confident she will be cleared of the charges.