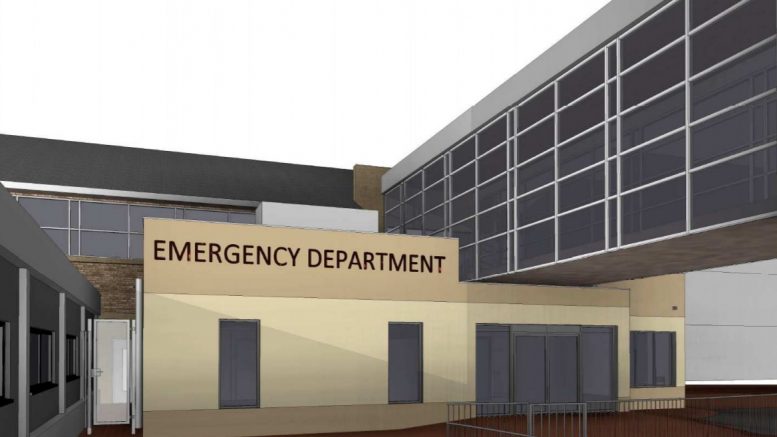 Royal Berkshire Hospital is planning a big extension to of its accident and emergency (A&E) department after a less expansive scheme was approved just four months ago.

The hospital’s trust says there is an identified need to reconfigure and extend A&E department at the hospital and its initial plans did not go far enough.

Plans to extend the waiting area were already approved in August, but the Royal Berkshire NHS Foundation Trust (RBNFT) says the plans are no longer suitable.

The previous plans were to double the size of the lobby to create two segregated waiting areas for adults and children but the trust now wants to add an enlarged new staff lounge , along with a point of care testing space.

It says the current A&E department is undersized to meet the needs of the patients and staff and the suggested improvements are “crucial” to provide more capacity, improve flow, reduce clutter and comply with Covid-19 social distancing.

The previous approved plans were to extend the lobby by 20.4m² but the trust now wants an extension of 88.2m² to allow for the point of care testing area and staff lounge.

The current lobby area is 18.9m², while the new lobby/testing/staff lounge area would be 107.1m².