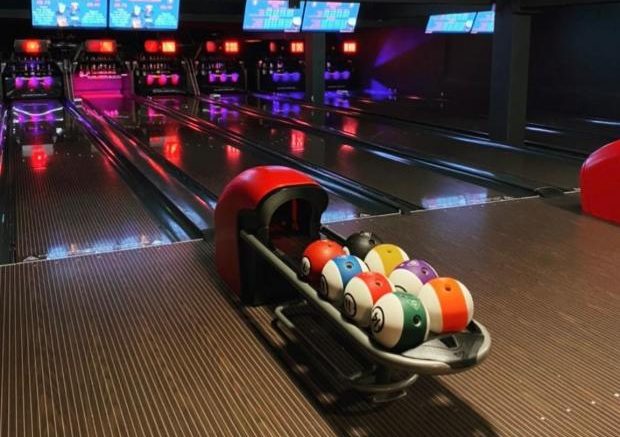 AN OPENING date for a new bowling centre complete with pool tables and darts has been revealed by hopeful owners.

Plans for Bowl Central to open in Reading were revealed in Spring.

The company is set to takeover the old Dawsons musical instruments store at 65 Caversham Road and transform it into a bowling and family entertainment destination.

But a lot of work needs to be done before it can open, with the company’s owner expressing hopes to open in Summer 2023 at the earliest.

Tracy Standish, the director of Bowl Central, explained: “We’ve got planning consent, we expect the lease before the end of this month, the project is definitely moving forward, but there’s a lot of design detail that needs to be done.

“The unit needs to be stripped back to its shell, and it needs a new heating, ventilation, plumbing and hot water system.

“We’ve got to design that and need to put a planning application for it, with the plant which would be external to the building.

“If the plan is submitted in October and November, I would hope planning consent would be given early next year.

“We would hope to start fitting out probably in March, then launch in July.”

But he added these time-frames are ‘uncertain’ and subject to change.

Mr Standish said: “That’s a best case, there can always be things that frustrate best cases, so it will probably be the third quarter of next year before we open.

“But we’re definitely going ahead with the project.”

Once open, guests will be able to enjoy bowling, interactive darts and traditional games, where tokens won in games can be cashed in for prizes.

There will be food and drink on location, with plans for shuffle-board and pool tables as well.

READ MORE: Clash over plan for 620 homes in Caversham Road with only 94 car spaces provided

Earlier this year, the company applied to sell food and alcohol and play music until midnight from Sunday to Thursday, and 1am on Fridays and Saturdays.

However, concerns about how late these activities were occurring was raised by the Bell Tower Community Association (BTCA), which represents neighbours in the area.

Mr Standish then negotiated with BTCA, finally agreeing to reduce opening times by an hour.

He explained: “We agreed to these hours as a compromise in response to the concerns of the residents association which allowed them to withdraw their objection.

“I’m happy enough with the change, it will allow us to proceed with the project.

“We’ve considered the concerns of residents so we can provide this new venue to the wider community of Reading.”

It means that Bowl Central now has a licence top open and conduct activities from 10am to 11pm from Sunday to Thursday, and 10am to midnight on  Fridays and Saturdays.

Advertising designs for the front and rear of the bowling complex were approved by the council’s planning department in August.

You can view the approved designs by typing in reference 220636 into the council’s planning portal.

Mr Standish used to run Bowlplex, a nationwide family entertainment company, before selling it and opening the first Bowl Central in Bournemouth, with consent to open a second location in Fareham.