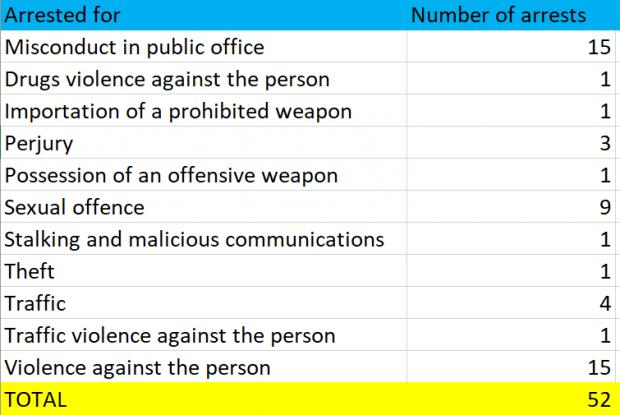 MORE than 50 police officers from the Thames Valley were arrested between 2016 and 2021.

However, of those arrested, only four were charged.

New figures show 52 officers were cuffed from April 2016 to March 2021, with most of them arrested for violence and misconduct offences.

READ MORE: Man in court charged with murder of baby

Nine were arrested for sexual offences, four for traffic incidents, and three for perjury.

One was arrested for stalking and “malicious communications”.

However, only four of these officers were charged — just seven per cent.

A Thames Valley Spokesperson said it follows referral criteria set by the independent office for police conduct should an officer be arrested.

They said all officers, staff, volunteers and contractors are fully vetted before they join the force.

The spokesperson added: “All officers and staff are also repeat vetted in accordance with the national standards.”

Some huge developments that will completely change the face of Reading will be coming in the next year. Reading Chronicle | Town Centre …

The Royal Berkshire Hospital in Reading could be relocated to a new site this decade, according to strategic plans. Reading Chronicle | Town Centre …