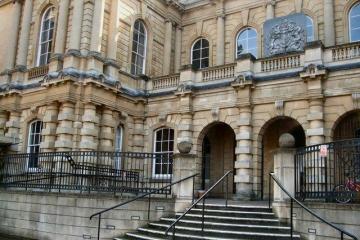 Over 100 fewer criminal cases were dealt with at Reading Crown Court during lockdown compared with the first three months of the year, new figures show.

Legal industry bodies say victims, witnesses and defendants alike are being failed by an underfunded criminal justice system, even prior to the coronavirus pandemic.

Ministry of Justice figures show 159 cases were concluded at Reading Crown Court between April and June following a trial or sentencing hearing.

That was a fall of 45% on the 288 cases dealt with between January and March.

The figures mean the backlog of cases waiting to be dealt with by the court increased from 532 at the end of March to 533 at the end of June.Across England and Wales, the number of crown court cases concluded almost halved between April and June – 12,338, compared to 23,323 between January and March.

The number of outstanding cases swelled to 42,707 at the end of June, up 5% compared to March and 25% higher than the same point last year.

The Law Society of England and Wales, which represents solicitors, said the Covid-19 pandemic had merely exacerbated a significant existing backlog, caused by “years of underfunding and cuts”.

“Justice is being delayed for victims, witnesses and defendants, who have proceedings hanging over them for months, if not years, with some trials now being listed for 2022,” said President Simon Davis.

At magistrates courts – where all cases start out before the most serious are sent to be heard by judges and juries at crown courts – the backlog soared by almost 100,000 cases during lockdown, reaching a record high 422,000 at the of June.

Amanda Pinto QC, chair of the Bar Council, which represents barristers, agreed the criminal justice system was “already in severe difficulty” before the pandemic.

She said: “We’ve seen what lack of funding for law and order achieves – rising crime, low detection rates, long delays to cases with many collapsing before they get anywhere near a court, victims of crime denied justice, and all because government after government has failed to invest in justice.

“The need for long term, significant investment is crucial across the entire justice system if it is to serve its purpose which is to enable people to exercise their rights in a timely and meaningful way.”

The MoJ and courts service should ensure maximum use of existing court buildings, provide further space such as through emergency Nightingale Courts, and allocate more staff to keep courts running, she added.

Dame Vera Baird, Victims’ Commissioner, also highlighted the impact on victims, with increasing numbers “giving up on justice and walking away” – with delays often playing a “critical role” in their decision.

“This loss of public confidence in our justice system is serious and will have long term consequences in getting the public to engage with the justice process,” she added.

A Ministry of Justice spokeswoman said its response to the pandemic had been “world-leading”, and that the crown court backlog had started to reduce since June.