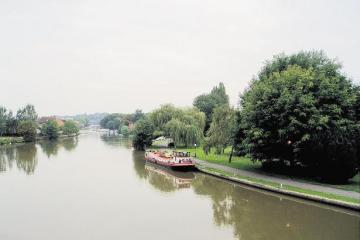 Oxfordshire County Council (OCC) has renewed its opposition to plans for a third Thames bridge.

In its letter, OCC also outlined its opposition to a planned ‘orbital route’ and park and ride sites north of Reading, which are linked to the bridge project.

Councillor Tony Page, lead member for Strategic Environment, Planning and Transport at RBC, said: “We will continue to press the very strong case for that crossing.”

In its letter, OCC said: “Overall, the council believes that many of the principles, objectives and policies set out in the draft local transport plan, including those on supporting active and healthy travel and public transport improvements, are sound and provide a good basis for continued partnership working on planning for cross-boundary travel between Reading and Oxfordshire.

“However, the council is opposed to the plan in its present form, as we do not agree with the proposed schemes and measures it includes for cross boundary travel between Reading and Oxfordshire.

“The county council is particularly concerned about the approach proposed to develop large-scale ‘multi-modal schemes’ to the north of Reading, in particular the proposed Thames Crossing, Reading Orbital Route and North of Reading Park & Ride sites.”

The Transport for South East, which plans strategic transport across the region, submitted a £800,000 bid to the Department for Transport in October 2019 to help move forward plans after prioritising the bridge project.

But the DfT is yet to announce which projects will receive funding.

Reading, Wokingham and Bracknell councils all support the idea of a bridge across the river from the Thames Valley business park to land near Playhatch, which is in South Oxfordshire.

But Oxfordshire County Council (OCC) and South Oxfordshire District Council (SODC) have both opposed plans for the bridge until measures to counter its impact on Oxfordshire’s road network are costed and specified.

The full cost of the bridge has been estimated to be at least £110 million.

Cllr Page said a future meeting with all relevant councils will take place next month to discuss the scheme.

He previously accused OCC of using “spoiler tactics” to prevent the plan from progressing.