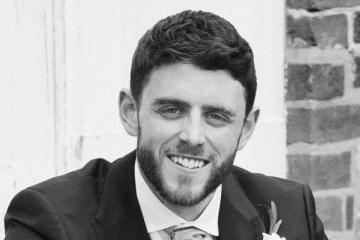 Three teenagers accused of dragging PC Andrew Harper to his death have no understanding of the “damage” they caused, a court has heard.

On the night of August 15 last year, Henry Long, 19, Jessie Cole and Albert Bowers, both 18, set out to steal a quad bike and then escape “at all costs”, jurors at the Old Bailey heard.

When PC Harper became tangled in a tow rope attached to their getaway car they could have stopped, but instead tried to throw him off, it was alleged.

In his closing speech, prosecutor Jonathan Laidlaw QC said: “All three of these close friends knew perfectly well that if the police sought to intervene they would drive as fast as it was possible to get away.

“Escape literally at all costs. Driving that would give rise to great risks and driving at a pace which on any view killed Andrew Harper.”

While they could not have set out to ensnare a police officer, there were “clear efforts” to throw him free once he became tangled in the tow rope, jurors heard.

Afterwards, there were “deliberate and cynical attempts” to frustrate the investigation, it was alleged.

When the defendants were charged, they had “absolutely no understanding of the damage they have done”, Mr Laidlaw said.

He told jurors: “They simply do not recognise the extent of the grief and loss Andrew Harper’s family have to confront, for which there would be, for them, no respite.

“Their sense of misfortune bears no comparison to just how unfortunate Andrew Harper was.”

“This tragedy was a tragedy entirely of these young men’s making. They are not the unlucky victims of this case at all.

“They had two clear choices moments after Andrew Harper was caught up in the strapping, and it is a binary choice.

“They were dragging a heavy object – what else could it have been but the police officer they had seen at the back of the Seat having almost caught Jessie Cole?

“The only right thing to do would have been to swiftly bring that car to a halt.

“To stop would have been the clearest indication that they intended him no harm, but evidently to drive on at such speed and then to seek to throw the officer free is an equally clear indication there was an intention in all three to kill him.”

The defendants, from near Reading, had admitted conspiring to steal a quad bike.