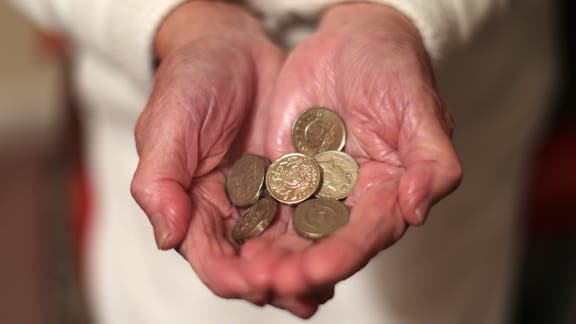 Thousand of people in the UK saving towards their pension are overestimating their retirement fund by nearly £50,000, according to new research.

New research from consumer group Which? shows a number of people don’t know how much they they will receive from their state pension fund.

The research suggest people could be saving less than they need to which could lead to financial difficulties in later life.

The research from Which? Suggests one in 10 savers thought their state pension would be worth £200 per week or £10,400 annually.

And not everyone will be entitled to the full state pension so they could be pocketing even less. The actual amount is based on your National Insurance record and how many credits you have accumulated throughout your working life.

Which? Says people currently claiming the old basic state pension receive £148 per week on average while people receiving the new pension get an average of £158 per week.

Jenny Ross, Which? money editor, said: “Our research shows that there is still a lot of confusion around key pension rules, so more needs to be done to improve public understanding and engagement to put people in a stronger position to plan for retirement.

“It’s been five years since the government first committed to introducing the pensions dashboard, so it’s crucial there is no further delay in its delivery as some consumers have struggled for too long with a complex, fragmented pensions system.

“Dashboards have the potential to bring huge benefits for people in bringing together all their pensions in one place – including the state pension – which should help millions of people to keep track of their savings and understand them better.”

READ MORE: Four of the quirkiest buildings for sale in Reading right now

The pension dashboard was initially planned to go live in 2019 but has been pushed back to 2023.

As part of its research, Which? quizzed 2,000 people and calculated the average length of retirement as between the ages of 66 to 85.