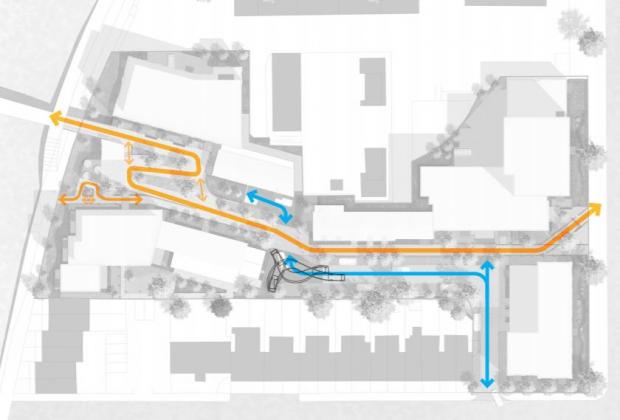 Plans to build 209 homes next to the River Thames in Reading have been rejected.

Berkeley Homes applied for planning permission to construct a two-bedroom house, six blocks of flats and a riverside cafe on a vacant site in Vastern Road, that was once occupied by a Victorian power station.

According to the plans, the largest block would be 11 storeys tall and contain 78 flats.

To make way for the development, the company planned to demolish the three-story office building – that was recently occupied by Southern & Scottish Electricity Networks – and the locally listed entrance building.

In a report, the officers said the developer failed to provide “a high-quality north-south link route” through the site and two of the blocks would overshadow the river and the Thames Path.

The developer agreed to provide a three metre wide link route that could be used by pedestrians and cyclists travelling between Reading town centre and Caversham.

But officers said that would be too narrow and could have an “alleyway feel”.

Cllr Tony Page (Labour) said: “This isn’t a little ask and it’s not an add on.

“It is fundamental to the scheme and that has been made clear throughout.”

Cllr Karen Rowland (Labour) added: “That has got to be delivered above all else.

“It is a once in a lifetime opportunity and we have to get it right.”

They planning officers also criticised the lack of affordable housing and said the retention of the locally listed building had not been “explored fully”.

The site earmarked for 209 homes

The developer agreed to ensure around 20 per cent of the new homes (43 flats) would be affordable.

With major developments, the council usually asks for 30 per cent of the homes to be affordable, but Berkeley Homes insists that would not be viable for this development.

She added: “It is a vacant brownfield site in an excellent sustainable location.

“Redevelopment will provide much-needed, high-quality new homes for those who want to live, work and play in Reading.

“We will bring forward a high-quality north-south link through the site, creating a more direct and safer public route between Reading and Caversham.”

Berkeley Homes can now appeal to the Planning Inspectorate.