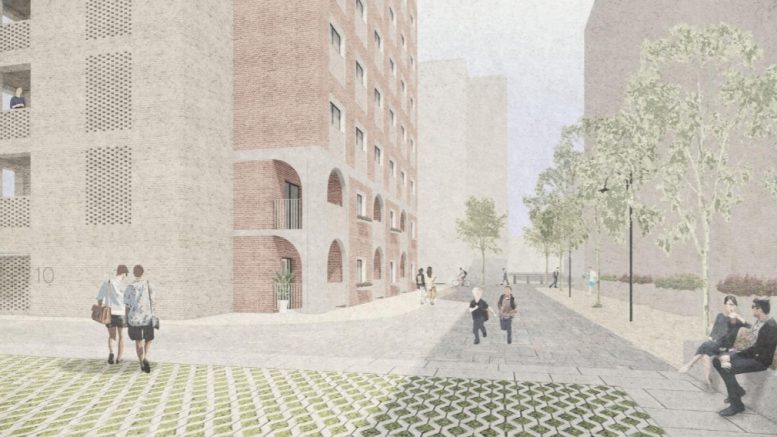 Empty offices in the town centre could be demolished and replaced with 27 flats.

The plans, submitted to Reading Borough Council (RBC) by Hamble Residential, would see the vacant offices at 10 Eaton Place replaced by an eight -storey building of 27 apartments.

The site is near to Reading Station, Q-Park Chatham Place, and the development of hundreds of homes at the former Wickes/Iceland site on Weldale Street.

The housing would me made up of:

There would be 26 per cent affordable houing under this plan.

However, in the planning statement, the developer says there is an “alternative scenario”, where the four affordable housing units could be two-bed flats instead and more shared housing would be on offer.

In this scenario, there would be 31 flats, split up as:

This would bring the affordable housing up to 32 per cent.

It said the preferred scenario reduces the affordable housing contribution to remains above 30 per cent when measured by habitable room.

READ MORE: Why the Reading Gaol Banksy isn’t protected by listing – and won’t be for at least another 30 years

The plans also include a communal rooftop garden, communal deck and private front gardens for the four maisonettes.

Hamble Residential says the proposal seeks to improve the currently “pedestrian-unfriednly” character of the site whilst engaging local neighbourhoods with the town centre by improving connectivity.