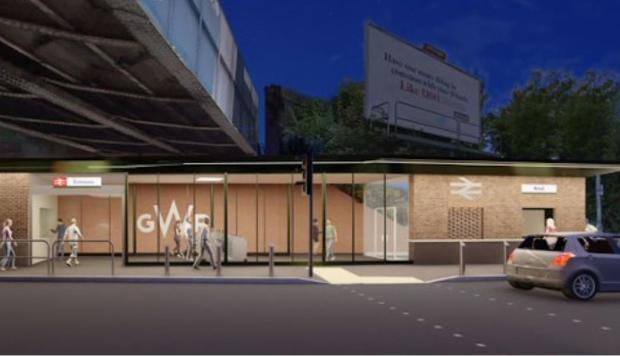 THE well-known doves on an Oxford Road bridge will soon be painted over.

It comes after plans for a £3.1 million upgrade of Reading West Station were approved by the council’s Planning Applications Committee on January 13.

Cllr Tony Page, deputy leader of the council, said the project will “act as a catalyst for further investment” in projects to improve the station and Oxford Road.

“We are committed to seeing a major repainting of the bridge to make sure it compliments this investment in the area,” he said.

Cllr Page said the £3.1 million refurbishment of the station is a “major step in the right direction” but the platforms need to be rebuilt and made wheelchair accessible.

As part of the project, a new glass and brick building, with a ticket office, public toilets and small shop, will be built underneath the railway bridge on Oxford Road.

The council says the new station building could open in March 2022.

Secure tickets barriers will be installed at both entrances to the station, as well as a new CCTV system and lighting, in a bid to improve security.

According to Thames Valley Police, there are long-standing problems with violence and anti-social behaviour at the station, which is also regularly used by county lines drug dealers.

Correction: A previous version of the story incorrectly states the mural features butterflies.