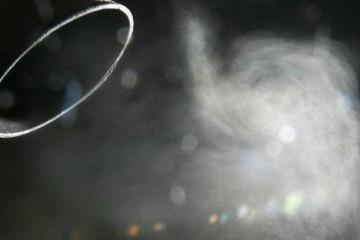 SAFE air pollution limits are being breached in nearly a dozen areas across Reading, analysis suggests.

That is according to research by environmental campaigners Friends of the Earth, which analysed council reports on nitrogen dioxide in the air at monitoring sites across England.

It warns that failing to fix air pollution costs lives, and shows a failure to address the climate crisis.

READ MORE: NHS spitfire to fly over Royal Berks THIS WEEKEND – and you can nominate a name of a local hero

The audit found 11 places in Reading where the average level of nitrogen dioxide exceeded 40 micrograms per cubic metre of air in 2018, the latest year for which data is available.

The average must be below 40 to meet government air quality targets, while World Health Organisation guidelines set this as a safe limit to protect public health.

The worst offending location – at the area’s Oxford Road site – came in at 46.68.

According to Friends of the Earth, road traffic is the leading cause of nitrogen dioxide pollution, which can inflame the lining of the lungs and reduce immunity to infections such as bronchitis.

Although this was down from 1,591 the previous year, Friends of the Earth said the figure was still shocking.

“If ministers want to avoid a return to the health-damaging and illegal levels of air pollution we had before lockdown, their enthusiasm for ‘active travel’ needs to be a permanent switch and not just a short-term gap plugger.”

The government recently announced plans to boost cycling and walking, including a pledge to build thousands of miles of bike lanes, which will be paid for by £2 billion of funding announced earlier this year.

But environmental campaigners have criticised its separate commitment to invest £27 billion in roadbuilding over the next five years.

Mr Bowens added that the Government must “end its damaging fixation on building more roads”.

Across the South East, 194 sites recorded annual averages that failed to meet air quality standards, eight of which registered levels of more than 60 micrograms per cubic metre.

A Department for Environment, Food and Rural Affairs spokesman said: “Air pollution has reduced significantly since 2010 – emissions of nitrogen oxides have fallen by 33 per cent and are at their lowest level since records began.

“But we know there is more to do, which is why we are taking urgent action to curb the impact air pollution has on communities across England through the delivery of our £3.8 billion plan to clean up transport and tackle NO2 pollution.”