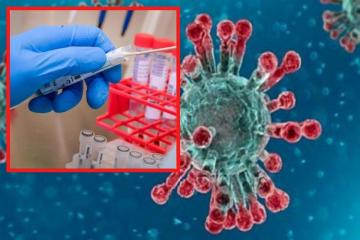 THE rate of infection for coronavirus in Reading is higher than the England average, while cases in care homes across most areas of Berkshire have not gone up throughout July.

The number of individual cases of Covid-19 in Reading has gone down by one in the last 48 hours, official figures show.

Public Health England data shows that 784 people had been confirmed as testing positive for for the virus by 9am on Tuesday (July 21) in Reading, down from 785 the same time on Monday.

In Bracknell, no more cases of coronavirus have been recorded over the last 24 hours.

Figures show that 384 people had been confirmed as testing positive by 9am on Tuesday (July 21) in Bracknell Forest, in line with the same time on Monday.

The health body is now including Pillar 2 tests – those carried out by commercial partners – alongside Pillar 1 tests, which are analysed in NHS or PHE laboratories and which made up the first stage of the government’s mass testing programme.

New figures also show that the coronavirus death toll in both Reading and Bracknell care homes has not risen over the last month.

Office for National Statistics (ONS) data shows that 165 deaths involving Covid-19 were provisionally registered in Reading up to July 18.

Of those, 80 occurred outside hospital – including 64 in care homes and nine at private homes.

A further seven deaths occurred in hospices, other community establishments or elsewhere.

That is the same as the number recorded outside hospitals up to June 20.

The latest figures, based on where Covid-19 is mentioned anywhere on the death certificate, include deaths that occurred up to July 10 but were registered up to eight days later.

Data shows that 70 deaths involving Covid-19 were provisionally registered in Bracknell Forest up to July 18.

In West Berkshire, 480 had tested positive in the same period, with the rate of infection at 302.8.