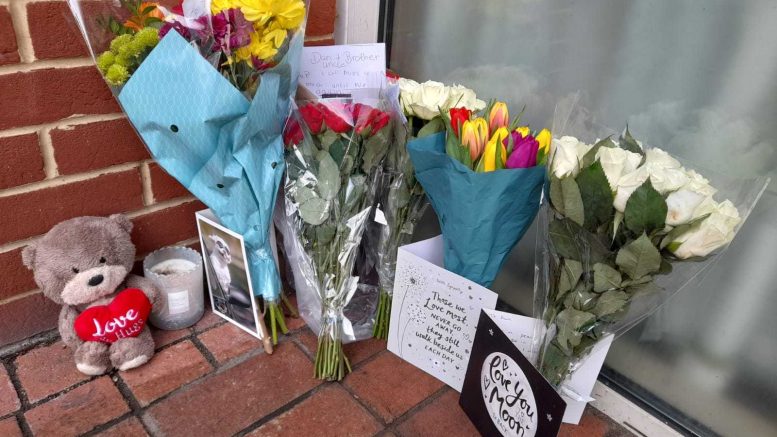 FLORAL tributes have been left near the council offices in Broad Street today, following the discovery yesterday (February 2) that a man had died.

Bouquets of flowers, cards, candles and a teddy have been placed at the scene, with tributes to ‘Dan’ after police confirmed yesterday that a man in his 30s had passed away at the site.

Yesterday morning, a large police presence was reported in the area, with a cordon in place for most of the day, blocking the main entrance to the Reading Borough Council building.

Thames Valley Police (TVP) later confirmed that a body was found outside the offices just before 8.50am.

The man was confirmed dead at the scene by South Central Ambulance Service.

Members of the public were asked to avoid the area as police carried out an investigation, and pictures showed police tape surrounding the main entrance to the building.

A nearby coffee shop owner told The Chronicle: “It’s awful.

“It’s like a slap in the face, I thought I was doing badly with the whole covid situation, struggling to pay rent, but it’s a reminder that it could always be worse.”

READ MORE: Areas in Reading with the LOWEST Covid rates

Tributes at the council offices

TVP have not released the name of the man who was found, but his next of kin have been informed, and are being supported by officers.

Police say the death is being treated as unexplained, but not suspicious.

The cordon was taken down from Bridge Street yesterday, and police have said the investigation has been handed over to the coroner.