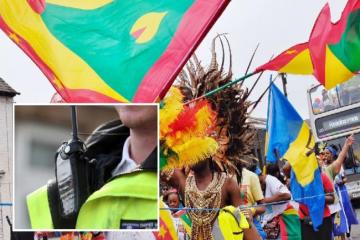 Reading community carnival has had its licence taken away after two stabbings at last year’s event and other serious incidents.

Organised by Reading Caribbean Cultural Group (RCCG), the carnival starts on Great Knollys Street before travelling down the Oxford Road and finishing in Prospect Park.

The organisers had planned to radically change the event at Prospect Park by introducing perimeter fencing, paid tickets and searches upon entry.

Councillor Deborah Edwards, chair of Reading Borough Council’s (RBC) Licensing sub-committee, said:  “The current licence is being revoked to enable the rebirth of the event.

“Previously this has been a family-orientated Caribbean carnival.

READ MORE: Pub will be demolished and replaced with eight houses

“The sub-committee felt there was no other option but to revoke the licence as there were not sufficient plans in place to ensure the event runs in a safe way.

“We strongly hope wholeheartedly that RCCG in the near futre applies for another premises licence for this event for May 2021.”

The committee also called for the organisers to consider a different venue for a future event.

The event did not take place this year due to the coronavirus lockdown and the organisers will now have to apply for a new licence to hold the event.

At the review, which was triggered by Thames Valley Police (TVP), lawyers for the police spoke of the two stabbings that took place at the carnival in Prospect Park, as well as several other incidents including:

TVP and RBC’s licensing team both called for the licence to be revoked and the committee agreeing, after listening to all parties.

The RCCG committee, which organises the carnival, had suggested a series of changes to make the event safe again and were praised for their efforts but also criticised for the lack of detail.

Licensing officer Clyde Masson questioned the plan to introduce a perimeter fence, paid for tickets and searching for weapons, drugs and alcohol on the door, saying it “sounds like a prison”.

He suggested the event should be moved from Prospect Park and be more family orientated, adapting so that “it does not attract people who cause the need to put up a fence”.

Mr Masson also called for the organisers to transform the event into a multi-cultural carnival for a wider range of cultures.

Representing TVP, lawyer Bo-Eun Jung said the organisers should rethink what kind of event they want to hold and come back with a new licence application.

Bill Donne, legal representative for RCCG, had described revocation as “disproportionate”, saying the vast majority had been well behaved and praising the “huge scope” of additional security measures.

But the committee decided a “rebirth” was necessary to run the event in a safe way and encouraged the event’s organisers to apply for a new licence.