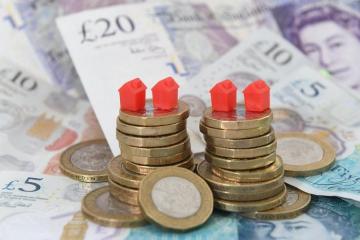 A leading think tank has warned more action will be needed to help struggling renters, as hundreds of thousands fewer people are employed across the country since the start of the coronavirus pandemic.

Department for Work and Pensions figures show Reading Borough Council paid £545,500 in Discretionary Housing Payments during the year to March.

The payments are given to people who qualify for Housing Benefit or the housing element of Universal Credit, and who are struggling with housing costs.

The government sets DHP funding for local authorities each year, with councils having to dip into their own funds if demand exceeds their allocation.

Councils across England and Wales paid out £132 million in 2019-20 – but 24 authorities did not supply figures, meaning the total could be higher.

More than 40 per cent of councils had to spend more than the amount they got from the government.

Last year, RBC spent 99 per cent of its government allocation.

In May, the government announced funding for councils across the two countries would increase by £40 million in 2020-21, to £179.5 million, citing “affordability pressures” in the rental market.

Karl Handscomb, senior economist at the Resolution Foundation think tank, said: “The current crisis has pushed three-quarters of a million employees out of work, increased the number of households impacted by the benefit cap, and seen more private renters falling into arrears.

“All of these factors will have in turn increased demand for Discretionary Housing Payments.

“The increased demand is likely to remain elevated while the crisis is still with us, highlighting both the need for the welcome additional housing support announced in March, and for more action to support renters struggling to pay for their homes.”

Of the total awarded in Reading last year, £223,870 went to helping people who were in difficulties because of welfare reforms.

The main cause of financial hardship was the benefit cap, accounting for £98,900.

A further £55,500 went to people affected by the so-called bedroom tax, which reduces housing benefits for people with a spare bedroom, and £69,400 because of other welfare reforms, or a combination of the bedroom tax and benefit cap.

In total, 538 payments were made to claimants during the year, averaging £1,014 apiece.

A DWP spokesman said: “We have provided over £1 billion in Discretionary Housing Payment funding since 2011, enabling local authorities to support households that need additional help.

“Funding is allocated in consultation with local authority bodies based on local pressures and payments are intended as transitional while longer term solutions are found.

“In addition, this year we have increased Local Housing Allowance rates, including the Shared Accommodation element, benefiting over 1 million households by £600 a year on average.”