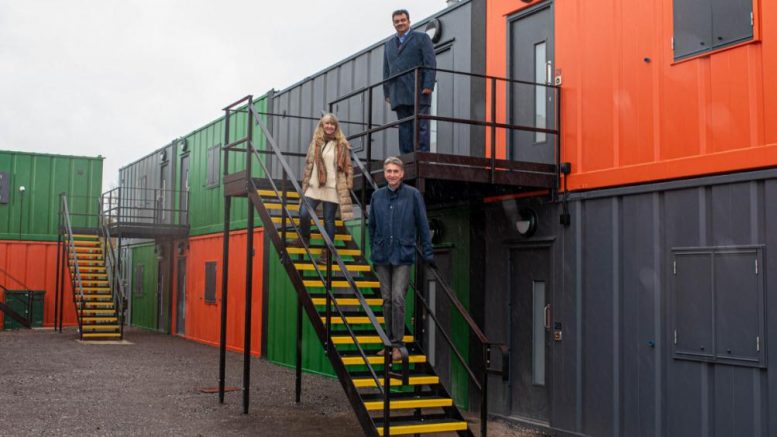 Councillors have re-affirmed their commitment to support rough sleepers and vulnerable women in Reading.

The council has used grant funding from the Government to help people who are sleeping rough find shelter.

A total of 50 rough sleepers have been given place to live thanks to two projects.

Of those people, 40 have been given shelter in pods built using old shipping containers that were opened in November last year – after a three month delay.

The pods are located a 57 Caversham Road.

Furthermore,  10 women are being helped by ‘The Nova Project’, which opened in January 2021 and specifically helps vulnerable women who have a long history of sleeping rough by giving them space in a shared home.

It is understood all 50 homeless units created have been taken.

Both of these services for the homeless are currently run by St Mungo’s charity.

Now, the council’s policy committee has agreed to give grant funding to a successful bidder to continue these services.

But councillor Rob White (Green, Park) the leader of the opposition, questioned how the council was meeting its own targets for tackling homelessness.

“This is massively unfair.

“Our target is to reduce the number of people sleeping rough to 15 people in 2022.

“Obviously we are going through a cost of living crisis, a looming recession, and things seem to be moving in the wrong direction to hit that target.”

He then asked the lead councillor for housing Ellie Emberson to give any indication of whether the council will be able to hit that target.

However, cllr Emberson (Labour, Coley) denied that such a target exists.

She said: “It’s disappointing that cllr White is coming along just batting off figures.

“We have no such target.  In terms of the annual count, that’s something we do every year, that gives us a true record on the night.

“The only targets we have are associated in the Corporate Plan in terms of those that we prevent from rough sleeping, and I know cllr White has had those figures.”

READ MORE: Reading council plan laying out its vision for the next three years approved

Cllr White ultimately voted for the recommendation to begin the bidding process for a contractor to run both the services as an important step to tackling rough sleeping in the town.

The recommendation was approved unanimously by the council’s policy committee on Wednesday, September 21.

Both The Nova Project and 57 Caversham Road were established using funding from the Department of Levelling Up, Communities and Housing ‘Move on Homes’ project.

The actual amount of grant funding obtained by Reading Borough Council for the 2023/24 financial year has been designated as ‘confidential’.