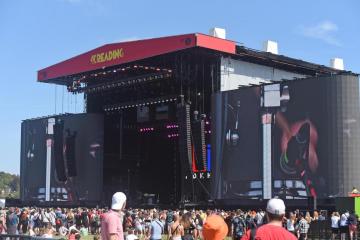 A student nurse who tragically collapsed and died after falling ill at Reading Festival had taken the dance drug MDMA “too quickly,” a friend who shared the fatal drug told an inquest today (June 29).

Corey Kendall, 19, and a group of his friends were returning to popular Reading Festival among thousands of teenagers in the summer of 2019, flocking to enjoy headliners Billie Eilish and Post Malone.

A coroner was told that the group were not regular drug users and had extensively planned when to take the different party drugs in order to stay “safe.”

Sean Cooney, a friend from school, explained that the group had arrived at the festival on August 22, sharing an array of drugs including ketamine and cannabis over the week.

“From my experience, I have never had a bad reaction to drugs.

“On Saturday, we were all intending to take MDMA – Corey and I shared a gram between us.

“We split that into four doses each to take throughout the night.

“It usually takes 45 minutes to kick in but it took two hours this time. By about 9pm we were having a good time.

“No-one was having issues with the drugs they had taken and we were drinking water and not drinking alcohol,” the teenager said.

During the rave, the coroner heard how Corey had taken his fourth dose of the dance drug less than 30 minutes after the third, before slipping off from the group partying in the music tent.

The teenager was later spotted by a festival volunteer, Sam Woolvin, who noticed the boy was unable to stand up and suspected drug toxicity.

“I took him to a quiet area outside of the tent and I got him into the recovery position.

“At 11.40pm festival medics battled their way through the crowds to assist me,” the volunteer said.

Daniel James, an event responder, heard of the medical emergency over the radio and had just finished responding to another incident when he rushed to the left of the stage.

He told the inquest in Reading, “The headline act had just finished and it was not clear where the patient was. When we arrived we transferred the boy on foot to the medical centre but as we approached his level of consciousness deteriorated.”

Corey was cared for by nurse of 30 years experience, Christine Jones, where he was ventilated and anaesthetised before being rushed to the Royal Berkshire Hospital by ambulance as his temperature had soared to 41 degrees.

After two days in the intensive care unit, his condition worsened and Corey’s mother – primary school teacher Jo – and father Marcus had to make the heartbreaking decision to turn off his life support machine.

READ MORE: What’s on offer in Reading’s Lidl and Aldi ‘Aisle of Dreams’ this week

Toxicologist Fiona Perry confirmed that the concentration of MDMA present in the body was associated with fatality and pathologist Dr Colin McCormick concluded Corey had died from the toxic effects of the drug.

Friend Mr Cooney added: “In my opinion, Corey had taken too much too quickly, we had the same amount of drugs from the same batch.”

In a school newsletter, Year Six teacher Jo Kendall spoke of her devastation after her son had been taken ill at the festival.

The news that university student Corey had passed away was publicly shared to parents at New Milton Junior School under the heading “very sad news.”

The note said: “Many of you will be aware of the tragic news that Mrs Kendall’s eldest son, Corey, passed away.”

It shared a statement from her, saying: “The hearts of family and friends are broken by the loss of our beloved Corey. Corey brought happiness and laughter to so many people.

“He was passionate about his family, his friends, about life and the people he looked after. It is incredibly hard for his mum, dad, brother and sister that his sunshine no longer shines on us.”

Assistant Berkshire coroner Alison McCormick said: “Corey Kendall was a 19-year-old student nurse, he was single and lived with his parents. In August 2019, Corey and a group of friends went to Reading Festival.

“From the statements of his friends, his group had experience in using drugs but were not regular users and none of them had ever had a bad reaction. There was some planning of what drugs to take and what times with the intention of doing so safely.

“On August 24, Shaun and Corey shared some MDMA, one gram between them and they were intending to take four doses throughout the night. Shaun noted Corey had taken the final dose too soon, less than 30 minutes after the third dose.

“Corey left Shaun in a music tent and did not say where he was going. Corey was spotted unable to stand by a volunteer who put him in the recovery position. An event responder suspected drug toxicity and using a carry sheet took him to the medical centre, where his condition deteriorated.

“Corey was ventilated and anaesthetised and travelled by ambulance to the Royal Berkshire Hospital. At hospital he went to the intensive care unit where his life support was later withdrawn and he passed away at 3.40pm on August 26 2019.

Concluding the inquest, Ms McCormick added: “I want to say to Marcus and Jo how sorry I am that what should have been a fun weekend at a music festival ended in such a tragic loss of a young life.

“It is testimony to the fatal effects of substantial use of MDMA even taken with safety precautions. It is terribly sad, it really is a tragedy.”