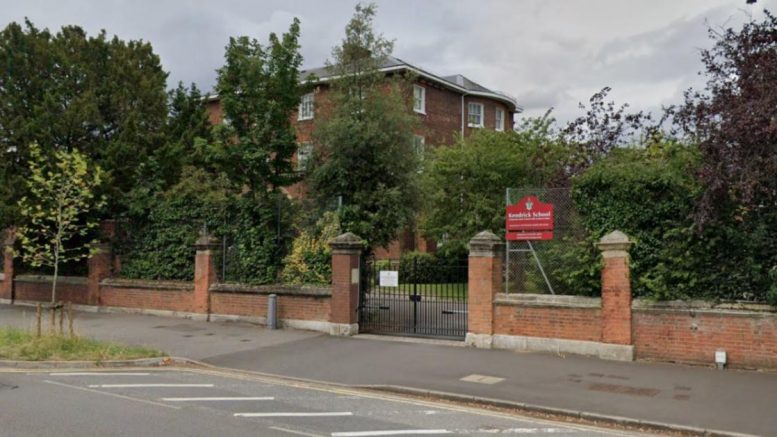 Staff and pupils at a grammar school in Reading are celebrating after it was rated ‘Outstanding’ by school inspector Ofsted.

Pupils and sixth formers at Kendrick School were lauded, particularly for their loyalty to the school pledge, which states: “We the students and friends of Kendrick School, pledge to uphold the values of friendship, kindness and respect.

“We promise to stand against prejudice, ignorance and injustice in all its forms, promoting the values of equality, tolerance and justice for all.”

Inspectors noted that pupils respect and exemplify the values in the pledge.

“Attendance is high, pupils are punctual and lessons are free from any low-level disruption.”

Teachers received praise from inspectors for treating pupils as individuals, using assessment discussion and debate to encourage pupils and sixth formers to apply their learning in different contexts and deepen their knowledge.

The all-girls grammar school’s accommodation of special educational needs and disabilities (SEND) pupils was also acknowledged through its SEND co-ordinator, who was credited for carefully identifying pupils’ needs and sharing useful information with staff.

Inspectors observed that SEND pupils are achieving in line with their peers and are very well supported.

During the visit, inspectors also spoke with parents, with one saying: “The school does a great job of creating well-rounded, kind, human beings who will hopefully go on to make the world a better place.

“The academic results are important of course, but far from the only focus.”

READ MORE: Public asked for views on whether Royal Berkshire Hospital should be relocated

The school was ranked ‘outstanding’ in all areas, defined as ‘quality of education’, ‘behaviour and attitudes’, personal development’, ‘leadership and management’ and ‘sixth form provision’.

A grammar school is governed by the state but is selective in which pupils it takes on.

Girls wishing to attend Kendrick School in Year 7 must pass an Admissions Test.

The Sixth Form is also for girls only, with those seeking to enter in Year 12 needing eight GCSEs (or DfE recognised equivalent) grades 9-5 or A* – B, two of which must be English Language and Maths, with BTECs Level 2 at Distinction*, Distinction or Merit being accepted.

The inspection report was published on January 13 following the visit on November 8 and 9, 2022.

Kendrick School, in London Road, Reading, has 868 pupils on the roll, of which 284 are on the roll for the sixth form.