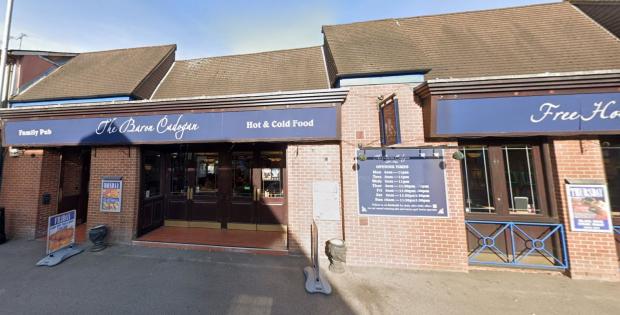 The owners of an Indian restaurant in Reading have launched a fundraiser to realise their dreams of moving into bigger premises.

But now its owners Nandana Syamala and Sharat are asking for donations to help them transform the premises.

Clays Hyderabadi is currently located in London Street, but the owners want to move because they have ‘outgrown’ the space in the existing restaurant.

In a post on the restaurant website, Nandana Syamala said: “Our existing restaurant is best described as an intimate space.

“It doesn’t have wheelchair access or a disabled toilet, and we’ve outgrown it. Customers are complaining that it’s getting harder and harder to get a table with us, and we hate turning people away.

We also want to secure the future of our Clay’s At Home delivery service. We started doing this to survive the pandemic but after making so many new friends and customers across the country this way, we don’t want to abandon them now.

“Our new larger home will have the space to allow us to run our restaurant and our delivery service for the long term – and to create more ambitious dishes.”

She added that the larger space of the pub would allow Clay’s to have two kitchens to diversify its offer, and a pre-fitted bar from which they hope to sell eight beers from ‘brilliant local breweries’, wines, spirits, cocktails and regular hot and cold soft drinks.

Mrs Syamala explained: “We would in-effect have two new restaurants with totally different menus in a single space.

“One would be a fine dining area, offering a similar menu to the one we offer right now, where you can have a more structured meal.

“But we’ll also have a buzzy section with an open kitchen with counter seating serving up snacks, imaginative small plates, street food and quick lunches capturing the best of Hyderabadi food and dishes from other regions of India, all with our distinctive Clay’s touch.”

Clay’s has estimated that works to transform the Baron Cadogan will cost £500,000.

The owners have already invested £250,000 into the works, and are asking for help to pay for the remainder through donations.

The owners have not set up a kickstarter because commission costs and not being able to dish out vouchers to donors on kickstarter sites.

Mrs Syamala said she hopes Clay’s in Caversham will be ready by the end of September or early October this year.

The Baron Cadogan used to be a Wetherspoons until the pub company closed it down in March 2019.

It was reopened shortly afterwards by experienced landlord Darren Brett, who ran it as an independent pub restaurant until the two year lease  on the pub expired this March.