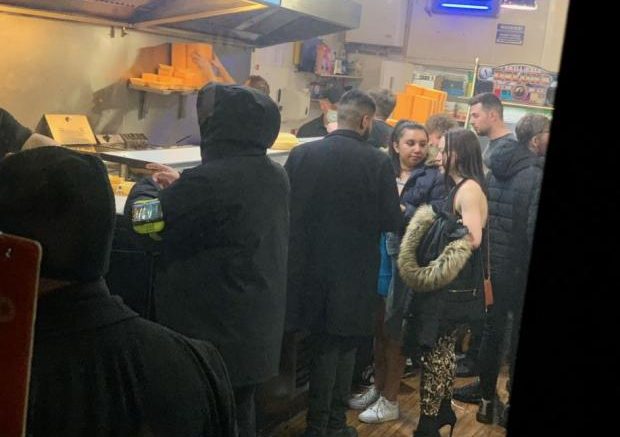 A Reading kebab joint has won permission to sell food until 5am during the Queen’s Jubilee celebrations.

Matthew Joannou, the owner of Zorba’s shisa & kebab in Station Road had applied to sell hot food until closing at 5am on Saturday, July 4 and Sunday, July 5.

But Thames Valley Police licensing officer Declan Smyth objected to the temporary event, arguing that allowing the extension would breach licensing objectives for the prevention of crime and disorder.

PC Smyth cited three incidents to argue the licensing objectives were not being fulfilled.

Police were called to a disorder with one male being arrested on January 18, and an assault where a 50 year-old man was attacked by three or four suspects on January 22.

More recently, officers reported disorder where offenders threw kebabs at police and bystanders and a man was seen on the pavement on May 1.

However, Mr Joannou and his representative Bill Donne argued that the impact of the temporary event would be minimal.

Remarkably, Mr Donne admitted that Zorba’s is open until 5am, despite the current licence stating that it can only be open and serving hot food until 3am.

But he argued that it is legal to sell food from 3am to 5am as long as it is served at ‘ambient temperature.’

Inside Zorba’s on a busy night at around 3am on February, 20. Credit: Reading Borough Council Licensing Team

Mr Donne said:  “The premises usually closes at around 5am. From 3am, it only serves ambient food. You don’t need a licence to sell ambient or cold food.”

The temporary licence was applied so hot food could be served until close at 5am during the ‘Jubilee weekend’.

Mr Donne said: “The business is running through until 5am in any case, central Government has accepted that this is a special occasion.”

He added that Mr Joannou “is an experienced operator” and has been granted temporary permission to open until 5am on 38 previous occasions.

Concerns were also expressed about crowd management outside Zorba’s and its CCTV.

Photos  showing a large crowd taken by a council licensing officer at 3am on Sunday, February 20 were exhibited to the committee, made up of councillors Debs Edwards (Labour, Southcote), Paul Carnell (Conservative, Caversham Heights) and Karen Rowland (Labour Abbey).

Cllr Carnell argued that there should be more than one door supervisor at Zorba’s to manage crowds and improve safety.

PC Smyth described the CCTV as being of poor quality and had timing errors.

Mr Joannou conceded the timing on it had previously been out, which has been rectified, stating the system is “state of the art” and that police had never said the video quality was ‘unacceptable’ when he has provided CCTV.

Ultimately, the committee allowed Zorba’s to serve food until 5am on the following conditions:

The conditions were imposed to meet cllr Carnell and Rowland’s concerns.

The hearing took place on Thursday, May 26.