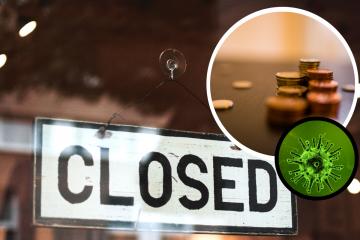 Small business owners in Reading have accused one of town’s biggest landlords of not helping them during the coronavirus crisis.

The Chronicle revealed last month that Sykes Capital had refused any rent delay for its tenant Escape Hunt, on Kings Walk.

Sykes Capital, which claims to have £305m in assets and £50m in capital, stated last month it was sympathetic to the pandemic and difficulties its tenants face and has only instigated legal action on those tenants it believes can pay but are choosing not to.

CEO Andrew Strong said the company is “unwilling to be the bankers for global and well capitalised brands such as Escape Hunt”.

But now, two small business owners have come forward to explain their own difficulties as tenants of Sykes Capital.

We spoke to Deadlocked Escape Rooms and The Funky Barnet about their situation both during and prior to lockdown.

Deadlocked Escape Rooms, whose new virtual escape room The Insiders was recently highlighted in articles in The Independent and Stylist Magazine, started processing refunds almost a month before they had to shut down, with customers cancelling due to Covid-19 fears.

The company says it has refunded around two months of bookings in total but received no financial support from Sykes Capital.

Charlie Bond and James Hamer-Morton, who own Deadlocked Escape Rooms, said they asked for help with their rent because they were struggling due to having to close and refund customers.

“They said that if we didn’t pay it on time, they would ask me for the money, as I am the personal guarantor,” says Mr Hamer-Morton.

“I told them that since I have all my money already invested in the business, it would bankrupt me if they did this.

“They then sent a letter demanding payment on time with no leeway.”

To make the rent they had to sell their car and borrow from Mr Hamer-Morton’s 80-year-old pensioner mum.

Ms Bond claims other escape rooms in Reading have been given a rent holiday or allowed to defer payment, whereas Sykes Capital said they “should get a loan”.

According to Ms Bond, Sykes CEO Mr Strong said ‘the coronavirus is hitting us all hard, but we are still demanding full rent from all our tenants’ and ‘we are all in the same boat’.

Ms Bond said: “When we are on the brink of losing absolutely everything, I was disgusted.

“If they are being paid rent by all their tenants, how is it hitting them hard? They will be entitled to mortgage holidays and that is not being passed down to small businesses.”

She added: “There is no court at the moment that would demand us to pay rent, but we couldn’t afford to fight them.”

Deadlocked Escape Rooms is custom built in a space they say was “unusable, rotten and damp, with ceilings covered in asbestos” when they moved in.

The pair said they were charged extra for electricity despite feeling reassured by correspondence before signing the contract that it was included in the service charge.

Mr Hamer-Morton added: “Realising that a tiny business like ours couldn’t fight this, I had no choice but to pay the fee, and spoke to Nicola [a staff member at Sykes Capital] on the phone where I said that I hoped our willingness to accept this would go towards our standing as a good tenant.

“She agreed that we were excellent tenants, paying on time, allowing access when requested, and fulfilling our parts of the contract well.”

He added: “Ms. Bond and Mr. Hamer-Morton have been historically troublesome tenants and their accusations are false.”

Mr Hamer-Morton said it does not surprise him that Mr Strong is claiming the opposite from what his colleague Nicola said previously “to attempt to smear us”.

He added: “All we have been trying to do is figure out a way of saving our business, and instead, we just hit brick walls, lies and requests to take out loans so that we can pay them in full.”

In response, Mr Strong said: “These comments are misleading and incorrect for which Mr. Hamer-Morton has never provided any evidence to substantiate. Furthermore, we do not wish to get into a he said / she said in the local press”.

Deadlocked Escape Rooms also rent out two parking spaces from Sykes Capital at the back of the building but found their parking spaces were consistently being taken by other cars.

According to Mr Hamer-Morton, Sykes Capital admitted overselling the spaces and initially refused to take any kind of responsibility, but later paid back some of the money they received for the parking spaces.

They asked to be let out of the contract for the parking spaces, which is £1,000 a year for both spaces but Sykes Capital refused.

Mr Strong said Sykes Capital never leased parking spaces assigned to the escape room and installed and paid for clear parking signs within the car park which confirm whom each space is assigned to and put parking control in place.

Another quarterly instalment coming up

The next quarterly payment is due at the end of June.

Ms Bond said they sent through another letter on May 25, asking if they can surrender two of the rooms before the end of the contract, to enable them to keep paying rent for the remaining rooms.

In response, Sykes Capital sent a bill for the next full instalment of rent with no mention of their offer.

Ms Bond said: “We are unable to pay it. I have no idea what we will do now.

“It will be a long time before people can return to doing escape rooms except for households doing it together. If Sykes [Capital] are going to charge us full rent with no delays it won’t work.

“We can’t make any money right now. We are doing what we can by doing virtual escape rooms but they don’t make us any money. They just about keep the website going.

“We will resist closing because it is our baby. We have spent so long building it. I just wish we could do it without being beholden to Sykes [Capital]. It is heart-breaking.”

“Just because a business can squeeze everything out of tenants doesn’t mean they should”.

Mr Strong said Ms. Bond and Mr. Hamer-Morton’s comments are “incorrect and misleading” and said they pointed out various areas of government assistance being provided.

He added: “In recent weeks we have received no communication from either Ms. Bond or Mr. Hamer-Morton and we are therefore unsure why they consider we are ignoring them.”

“He bought it for silly money”: The Funky Barnet

She said her business has been given no support by Sykes Capital during the lockdown, after asking for help.

Ms Wall has been at the property on Cemetery Junction for 21 years, while Sykes Capital bought the building in 2012.

She tried to buy the building in 2012, but Sykes Capital outbid her in an auction.

“He bought it for silly money, she said. “I was devastated.”

Responding to Ms Wall’s comments, Sykes Capital has confirmed it offered no concessions to The Funky Barnet.

Mr Strong said: “The reason for this is that the lease is guaranteed by a wealthy family, who also own and lease a number of real estate assets in the town.

“When we were approached by the family to provide concessionsm we confirmed we did not feel this appropriate in these circumstances and after this they paid the rent twice, demonstrating they had ample funds to adhere to their lease commitments.”

Ms Wall’s mother, Lynne Pyke, who is the guarantor for the business, laughed off suggestions she is wealthy, saying she is a landlord for just a couple of units.

Ms Pyke said she spoke to John Sykes on the phone, who she says told her Sykes Capital would not sell 14 Wokingham Road to her because her daughter “went to the papers”.

According to Ms Pyke, John Sykes said: “With every breath in my body I would not sell it to you or your daughter”.

READ MORE: Reading bags £1.5m for cycling and walking schemes – here’s how it will work

In response, Mr Strong, CEO of Sykes Capital, said: “These comments are incorrect and misleading.”

The company reiterated its desire not to get involved in a public dispute with the press.

Ms Wall is also engaged in a dispute with co-tenant Donovan Bailey, who runs a music studio in the same building, at 14 Wokingham Road.