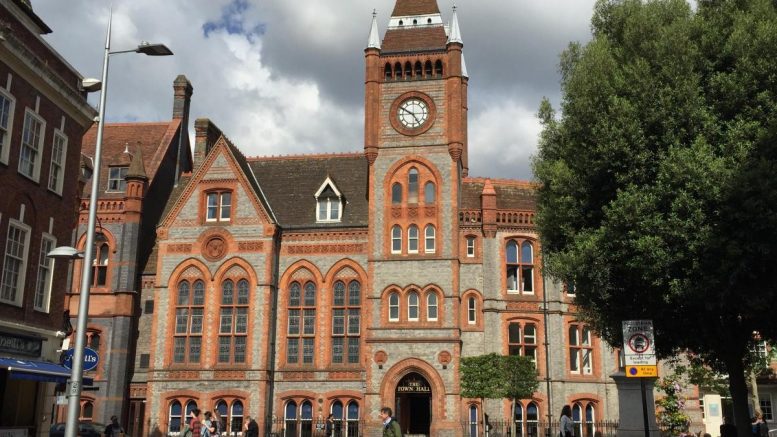 A MAN described as a ‘larger than life character’ tragically died just before starting a new venture by going to university.

Taylor Sharpley-Grace, who died aged 23, has been remembered in a loving tribute by his mother read out loud at his inquest.

Mr Sharpley-Grace, from Woodley,  died just a few weeks prior to beginning a course at Portsmouth University, and a few months after being diagnosed with epilepsy.

He was found by neighbour Linda Bishop at his home in Burns Close, Woodley, on Saturday, September 11, 2021.

His mother, Dionne Sharpley-Grace said: “He was our only child. He was a larger than life character, a intelligent young man who had aspirations of a career in cyber security.

“Going to university would be a new phase in his life.

“He had organised everything himself, I was very proud of how self reliant he was.

“He had purchased everything he needed for his new venture.

“He was loved by his friends, coaching them in Maths and Computing.

“Many attribute where they are now to him.

“They say ‘it was Taylor who got me to that interview’, and he went out of his way to get his friends home safe.

“He laughed a lot and loved watching comedians like Ricky Gervais.

“I would hear laughter booming from his room…. I will miss his laughter forever.”

However, the inquest heard epilepsy had ‘cast a shadow’ over his life according to Dionne, who’s statement was read out by assistant coroner Alison McCormick at Reading Coroner’s Court on Monday, March 28.

READ MORE: Husband found his wife dead in the garden at their home in Tilehurst

The day prior to his death Mr Sharpley-Grace was left alone as his parents who were visiting Portsmouth while he looked after the family dog.

Although they implored him to have some friends round, Mr Sharpley-Grace let out a big sigh and said “no Mum.”

He was found dead by Linda Bishop hours later, at around 2pm on Saturday, September 11, 2021.

Linda entered the Sharpley-Grace home using a spare key having been asked to let Luna the dog out, as Taylor was not responding to his Mum’s phone calls.

Mr Sharpley-Grace was found on a living room sofa with a vape in one hand and a playstation controller in other.

According to PC Sarah Tidball who was present at the scene, there were no life-saving opportunities.

Mr Sharpley-Grace had been diagnosed with epilepsy on June 21, 2021, and was subsequently prescribed keppra, a brand name for levetiracetam.

On February 26, 2020 he overdosed on medication that was prescribed but can also be obtained illegally.

The inquest heard a toxicology report showed that he had taken “a number of different drugs” immediately prior to his death.

Coroner McCormick said: “This is a tragic accidental overdose of a mix of drugs.

“I offer my condolences for the unexpected and tragic passing of Taylor at such a young age at a time when he had so much to look forward to.”

She concluded it was “likely he passed away peacefully” and that there was no evidence that he intended to end his life.