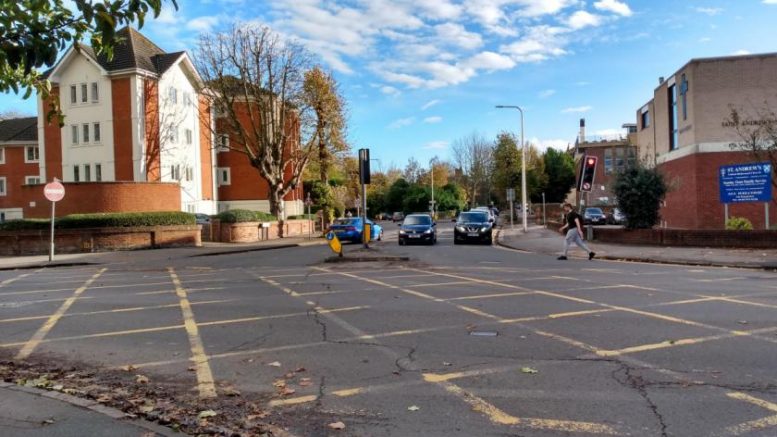 A policy that would see drivers punished for stopping in yellow boxes in Reading will be decided next week.

The boxes are at key junctions on main roads throughout Reading, including London Road, Bath Road, Oxford Road and the Inner Distribution Road (IDR).

Now the council is set to enforce yellow box blockages, after it successfully won permission to prosecute moving traffic offences from the Department of Transport.

However, for the first six months drivers blocking the yellow box junctions will only be sent a warning notice by the council, as opposed to penalty charge notices.

The council has said this will be done to ensure drivers are given fair warning of the fines which will be issued in future.

Drivers will only get one warning per junction infraction, so if they continue to obstruct the junction they will be fined.

The warning period will be in place for six months at each of the junctions.

The yellow box sites are:

The implementation of the policy will be decided at the council’s strategic environment, planning and transport committee on Wednesday, November 16.

Tony Page, lead councillor for transport, has argued that stopping in yellow boxes leads to long queues and delays for buses.

“It can also put other road users such as cyclists and pedestrians in danger.

“For many years now councils outside of London have been prevented from using these powers.

“That meant only the Thames Valley police could take action but, understandably due to budget cuts, their priorities lay elsewhere.

“I am pleased that after much lobbying the Department for Transport has finally listened to reason and will allow councils like Reading to take over these important enforcement powers.

“It is important to emphasise that, as with all traffic and parking enforcement fines, the law requires that any revenue raised has to be re-invested in transport or highways improvements across Reading.”

If given the go ahead, the council will use the powers to prosecute other offences as well, such as driving through ‘no entry’ signs, banned turns and driving where motor vehicles are prohibited.