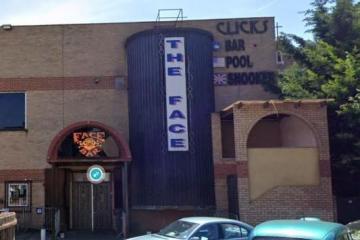 ‘A DISASTER waiting to happen’ – this is how fans of a popular nightclub view proposals for new flats being built just metres from the venue.

Responding to news of a petition launched to stop the build from going ahead next to The Face Bar, Mickey Russel said: “Homes next to nightclubs is a disaster waiting to happen.

“It’s simply planned to force the club out. Exactly what is happening to the Birmingham LGBT nightlife.

“Yes we need more homes but the town centre is not viable for anyone who needs affordable housing.”

RELATED: Reading club The Face Bar ‘under threat’ by plans for new flats

Campaigners have called the plans for new flats “a certain death of the venue”, as 2,500 have now signed the petition launched days ago.

However, plans have been submitted for flats to be built “within metres” of the venue, in Ambrose Place.

The petition reads: “For over 30 years there has been a music venue on this plot of land.

“The Face Bar is ESSENTIAL for Reading’s music scene!! It’s the last we have, and it must be respected and preserved.

“The current plans of planning app 200752 – seven one bedroom flats within meters of the main dancefloor will be a certain death of the venue.

“Reading doesn’t need anymore flats… what it needs is its culture respected.”

Responding to the original article, Sam Sweeney said: “Hope the developers have got sound proofing as a must in their remit, a number of places have been given the ok to build next to entertainment establishments that have been there years and have been either forced to close or spend fortunes on sound proofing to stop the complaints coming in from the resident’s that move into the new builds.”

Andy Orchard said: “Look at what happened to the After Dark”, referencing another Reading nightclub on London Street, which had its licence removed by Reading Borough Council last year to “safeguard the public”, after Thames Valley Police raised concerns that the club was running “high-risk events” attracting customers with a “propensity for extreme violence”.