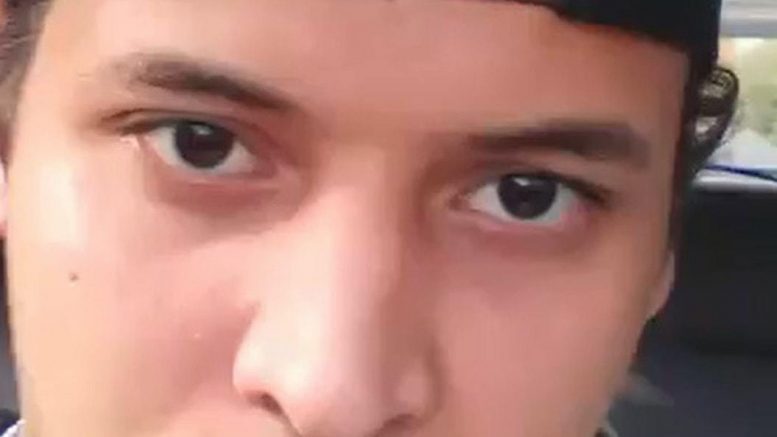 THE READING attacker could be facing the rest of his life behind bars after admitting the murders of three men.

Khairi Saadallah, 26, was said to have shouted “Allah Akhbar” and “victory on infidels” during the violent spree in Forbury Gardens which lasted less than two minutes.

READ MORE: Who is Khairi Saadallah? The man guilty of the Reading attack

Three weeks before he was due to stand trial at the Old Bailey, he pleaded guilty to three murders and three attempted murders.

Saadallah launched the attacks in the Reading park on Saturday, June 20 as numerous people, including children, were enjoying the summer evening.

Their friend Stephen Young, and Patrick Edwards and Nishit Nisudan, who were sitting in a nearby group, were injured.

According to a case summary, the defendant had bought a large knife and gloves from a Morrisons supermarket the day before.

On June 20, he set off from his flat wearing denim shorts, a hooded top and a bandana tied around his leg.

At 6.52pm, he was caught on CCTV discarding his rucksack and damaging what was believed to be a mobile phone which was later recovered.

He walked into Forbury Gardens at 6.54pm, as numerous people enjoyed the fine weather.

According to eyewitnesses, he walked along a footpath before suddenly running towards a group of men sitting on the grass.

The attack was “without warning or provocation and in rapid succession”, according to the case summary.

He stabbed Mr Richie-Bennett and Mr Furlong once in the neck, severing their main arteries, and knifed Mr Wails once in the back.

He then stabbed Mr Young in the head, causing a deep cut that needed 28 stitches, and chased two other males.

Saadallah turned his attention to a second group sitting nearby and stabbed Mr Edwards in the back and Mr Nisudan in the face and hands.

The defendant then discarded the knife and ran out of the park.

An off-duty police officer called 999 and followed the attacker.

Within minutes of the emergency call, he was apprehended by police.

Saadallah had a history of mental health issues, debt and homelessness, according to court documents.

He arrived in the UK as an asylum seeker in 2012, having fled the civil war in his home country of Libya in North Africa.

Saadallah had six previous convictions for 11 crimes between June 2015 and January last year, according to a 2019 Court of Appeal judgment obtained by the PA news agency.

He was originally jailed for 25 months and 20 days in October 2019 for a string of crimes but the sentence was later reduced in March following an appeal.

On Wednesday (November 11), Saadallah, of Basingstoke Road, Reading, entered his guilty pleas in the dock of court two of the Old Bailey.

Wearing a red and white hat and grey jacket, the defendant’s voice appeared muffled as he spoke while wearing a face mask.

Members of the victims’ families sat in court while Mr Ritchie-Bennett’s family in the US attended via video link.

Mr Justice Sweeney told the court the defendant had submitted a basis of plea, denying substantial preparation or planning and saying he was not motivated by an ideological cause.

By contrast the prosecution assert that it was a planned terror attack.

The judge adjourned sentencing until the week of December 7.

The court heard several issues needed to be argued.

They included whether there was a substantial degree of pre-meditation and planning, whether it was for a religious, political or ideological cause and to what degree Saadallah’s mental state influenced his actions.

The victims’ loved ones sat in silence as they heard the guilty pleas.