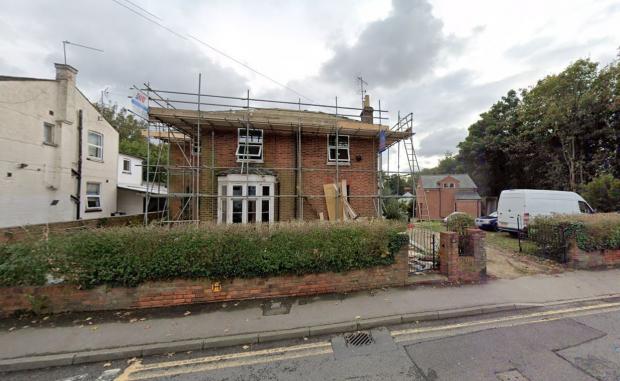 It’s been another busy week for homeowners and developers in Reading as a number of planning applications have been submitted.

One landowner has applied to demolish a home he owns in Tilehurst Road and replace it with eight flats.

In Caversham, two homeowners have applied for loft conversions along the same terrace.

Berkeley Homes has applied to change a new shopping unit into private space for future occupants to enjoy in its huge Huntley Wharf development.

You can view full plans for each of the applications by typing the planning reference in brackets into Reading Borough Council’s planning portal here: http://planning.reading.gov.uk/fastweb_PL/welcome.asp .

Plan to replace home with eight flats in Tilehurst Road (220243)

Currently, 45 Tilehurst Road is a a four bedroom Victorian villa with a two storey garage which has accommodation on the first floor.

Mr Gupta has applied to demolish both buildings and replace them with two new three storey buildings.

What the two buildings would look like in the plan to replace 45 Tilehurst Road, Reading with eight flats. Credit: Colony Architects

The larger apartment block, built roughly where the existing house stands would contain five two-bedroom apartments, with two each on the ground and first floors, and a final one on the third floor.

The smaller block would contain two two-bedroom flats, one each on the ground and first floor, and one one-bedroom flat on the second floor.

It is understood the first and second floors would only be accessed by stairs, and a total of only two parking spaces:  one regular and one disabled space.

Two separate homeowners have applied to convert their lofts into habitable accommodation along the same residential street in Caversham.

Anke Ueberberg, of 20 Patrick Road has applied to convert her loft so it can be used as a third bedroom (application 220355).

Similarly, her neighbour, Cherry Butler of 22 Patrick Road has also applied to convert her loft into a third bedroom (application 20355).

The plan to convert the loft at 22 Patrick Road, Caversham into an ensuite bedroom. Credit: HAC Designs Ltd

Ms Cherry’s plan is grander, however, as the proposed bedroom in her loft would also come with an ensuite shower and toilet.

Both plans have been drawn up by HAC Designs Ltd.

Berkeley Homes, which has been busy building the Huntley Wharf development, has applied to change a ground floor shopping unit contained in its original plan into a private space for future occupants to socialise.

Rationalising the change of use, planning agents Barton Wilmore argued that the Covid-19 pandemic has meant a big shift to homeworking, with Berkeley Homes wanting to create a space for future residents to work, meet informally and socialise in a different environment to their home.

It is understood that the amenity space will be contained in the ‘Biscuit Factory’ building in the development, which is referred to as the ‘West Block’ in the plan.

Huntley Wharf was approved in October 2018. and involved replacing the old Homebase and Toys R Us stores with new buildings containing a total of 765 apartments.